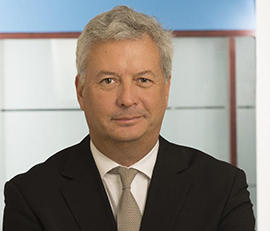 Air Canada said on Tuesday it raised nearly $1.6 billion by selling shares and convertible debt to strengthen its balance sheet, which financial experts say is a sign investors are willing to back sectors hard hit by the coronavirus outbreak.

AC's Chief Financial Officer Michael Rousseau said the airline was seeing fewer cancellations last month and an improvement in demand for air travel as lockdowns eased, according to FinancialPost.

The funds will allow AC to “better manage debt leverage and risk” as the market recovers, Rousseau said. The airline will use the funds for working capital needs and general corporate purposes.

Greg Taylor, a portfolio manager at Purpose Investments, who holds Air Canada shares, said the carrier was prudent to do the raise.

“When you have the ability to raise that much you should do it because you don’t know what the uncertainty is going forward,” he was quoted as saying in the FinancialPost article.

In a note to clients, Scotiabank analyst Konark Gupta said he believes the worst is over for the airline industry and Air Canada’s recent liquidity initiatives position it well during a multi-year recovery.