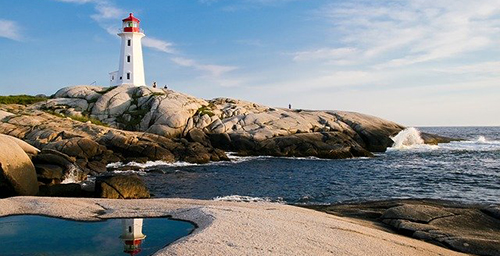 A lawsuit launched in Newfoundland and Labrador demonstrates how travel within Canada is limited by inter-provincial restrictions, which Canadians should consider before planning trips outside their province.

It is all the more concerning when viewed against the backdrop of Ottawa injecting millions into promoting domestic travel. Federal and provincial authorities need to coordinate the messaging with the regulations, or the summer risks being lost.

Both Newfoundland and Labrador and Prince Edward Island have both prohibited non-essential travel in and out of their borders, banning non-residents from entering their respective provinces.

New Brunswick and Nova Scotia, meanwhile, have tightened their borders using checkpoints at major entry points to stop and question people about their health and risk of exposure.

The four Atlantic provinces are exploring “travel bubbles” – approved corridors of travel between regions with similar progress of coronavirus control -- to help salvage some of the summer season, reports HalifaxToday.

Many provinces, including Ontario and British Columbia, are still recommending that individuals self-isolate for 14 days if arriving from another province, although it's not a requirement like with international travel.

In the Prairies, Saskatchewan issued an order that restricts all non-essential interprovincial travel and advised against all non-essential travel to northwest Saskatchewan (due to expire on 08JUN, according to CTVNews). Manitoba established highway checkpoints to help inform travellers about the province's public health measures in place to slow the spread of COVID-19. Both domestic and international travellers into Manitoba are required to self-isolate for 14 days.

All three territories, which have seen limited COVID-19 cases, have maintained strict borders. Nunavut has largely restricted who is allowed to enter the territory, and is mandating a 14-day quarantine for all entrants into the territory, with exceptions for medical workers.

With the summer travel reason right around the corner, this hodgepodge of restrictions could add a layer of challenge for domestic travel.

An example of the resulting challenges is a class action lawsuit filed against Newfoundland and Labrador for its travel ban on non-residents.

On 15MAY, the province introduced an order banning individuals from entering Newfoundland and Labrador with the exception of residents of the province, workers, and other granted specific cases.

The lawsuit was filed on behalf of Canadian citizens and permanent residents who don’t ordinarily reside in Newfoundland and Labrador, but have properties there and are unable to get to them due to the travel ban.

Plaintiffs Sharon and Werner Koehler of Elmira, Ontario have owned a property in Bay Roberts, NL since 2008 and live there for several months each year, according to the lawsuit. They have also operated a company, Sea Cliff Productions, in the area for 10 years.

The Koehlers noted in the lawsuit they are willing to self isolate and abide by relevant health directives upon entry into the province.

The class action states that the province's order was made without proper jurisdiction, as inter-provincial transportation falls under the federal government, and that it breaches constitutional rights.

The class action seeks to render the province's travel ban null and void.

The statement of claim can be viewed   here.