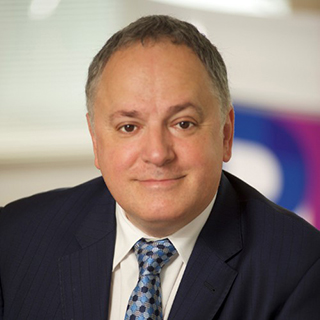 The Global Business Travel Association's (GBTA) board of directors issued a statement Friday informing members that CEO Scott Solombrino has been placed on leave. According to the statement, preliminary results of a review into anonymous allegations of misconduct against Solombrino warrant further investigation.

According to Business Travel News (BTN), an anonymous email alleging misconduct by Solombrino has been circulating among industry insiders. The whistleblowers' letter pointed to a number of ongoing and specific incidents, namely "racist, divisive and derogatory comments such like 'Chinese are murderers, this is a Chinese disease… Canadians and Europeans don't count… Mexicans are thieves."

The anonymous letter accuses Solombrino of a "misogynist attitude and rhetoric such as… put[ting] more men on the Winit board because they are smart," and saying "women don't know how to manage technology," wrote BTN.

In its 20JUN statement, the GBTA said it stands "fully committed to providing a workplace environment free from unlawful harassment and discrimination. As representatives of the travel industry, we understand that GBTA as an association must exemplify professionalism, fairness and integrity.

"On 8JUN, 2020, the GBTA Board of Directors was made aware of allegations inconsistent with our commitment to professionalism and a respectful work environment. Without hesitation, the Board launched an internal review and subsequently hired an independent, third-party attorney to undertake a formal investigation of all allegations – those in the complaint, subsequent public notices, and further communications to the Board," the statement continued.

"We want to thank everyone who has voluntarily taken part in this process and reassure you that we will do everything we can to protect your confidentiality, as outlined in the GBTA policies governing such matters.

"Today, the Board received the preliminary results of this review.

"We have determined that further investigation is required in this matter. We have taken this step to affirm that this inquiry has the necessary depth, that the reviewer has sufficient time to consider and corroborate facts and statements, and to give any and all concerned parties an opportunity to come forward."

GBTA senior staff who previously reported to Solombrino will now report to the Executive Committee of the Board.