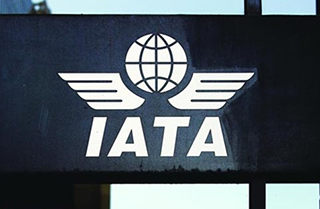 Air travel demand saw a marginal improvement in May due to signs of recovery in domestic markets, most notably in China, says IATA.

Revenue passenger-kilometres (RPKs) fell by 91% year-on-year in May versus a 94% decline in April.

However, aggregate domestic demand was still down almost 80% year-on-year in May.

International RPKs contracted by close to 100% for a consecutive month since most countries either kept their borders closed or had strict quarantine measures in place that discouraged potential passengers from taking a flight.

IATA expects a more significant uptick in demand to take place in June as many countries – notably in Europe – ease their lockdowns and airlines partly restore some of their seat capacity.

"The restart period will be challenging for airlines," IATA warns in its market analysis report for May.

"Some countries appear to have contained the virus but at the global level the crisis is far from over, especially in some of the key emerging markets. Indeed, while showing improvement compared with April, the level of bookings in late June is still [approximately] 80% lower than the level of a year ago. Moreover, the risk remains that the recent demand gains could be reversed if there is a second wave of infections," IATA says.

Despite the moderate rebound from the April low, IATA says operating conditions in the manufacturing and service sectors remained challenging and unemployment rates have spiked around the globe, weighing on the available income of potential travellers.

Another hurdle to recovery in the air sector is passenger sentiment, which IATA says remains subdued.

"According to the latest survey conducted in June, travellers have become more cautious about air travel than three months ago. A total of 45% of respondents stated that they were intending to fly within two months from the time the pandemic is contained, down from the 64% share recorded in April’s survey. The majority now anticipates a return to air travel no sooner than in six months," IATA states.

Based on the trade group's latest estimates, air travel demand will begin its gradual recovery in Q3 and Q4, but reach 2019 levels only in 2023. Domestic markets are expected to lead the industry recovery from the crisis. The gradual opening of borders and, for some countries, the creation of travel ‘bubbles’ or ‘corridors’ should result in further gradual improvement in international RPKs over coming months.

Restoring consumer confidence about flying will be a "crucial" element for recovery, IATA says.