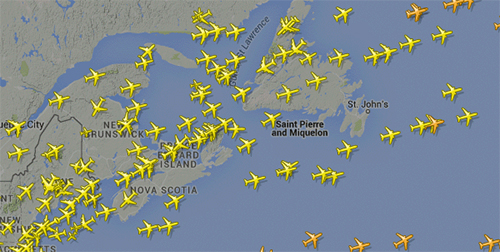 “In addition to all the significant and unprecedented actions that governments and airlines are taking to prevent the spread of the Covid-19 virus, a co-ordinated Covid-19 testing program could be key to providing confidence to permit services to resume without quarantine requirements or other entry restrictions,” the letter to government officials said.

The letter did not include details on how such a program could work. It noted introducing measures would present “challenges”, but that’s preferable to more “intrusive measures” like travel bans.

IAG chief executive Willie Walsh, who cosigned the letter, has said British Airways is “fighting for its survival” with passenger numbers set to take several years to fully recover.

Many airlines and airports have already taken significant steps to protect passenger and employee health that often go beyond the government guidelines, the letter noted.

LHR, for instance, is trialling swab testing for passengers, and the airport's CEO John Holland-Kaye has called on the UK government to take the lead in developing an international testing standard.

In JUN, LH was offering pax at FRA Covid-19 tests that could be linked to a ticket so passengers could avoid quarantine.

Airlines around the world have begun to tentatively restart flying after entire fleets were grounded during lockdown, but many countries still have travel advisories and bans in place. Currently, the U.S. bans travellers from the EU and the U.K. The EU has opened its borders to citizens of a dozen countries, including Canada, but not the U.S.