Air Canada Posts $1.75B Loss In Q2 As COVID-19 Continues To Batter Demand
Rovinescu to PM: “We need to start being able to earn some revenue.” 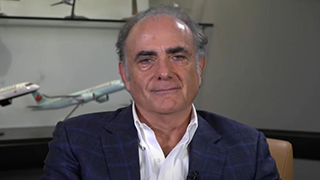 Air Canada reports a $1.75 billion loss in its second quarter report as revenues plummet 89% due to rock-bottom demand and COVID-19 travel restrictions.

"As with many other major airlines worldwide, Air Canada's second quarter results confirm the devastating and unprecedented effects of the COVID-19 pandemic and government-imposed travel and border restrictions and quarantine requirements," said Calin Rovinescu, President and Chief Executive Officer of Air Canada.

"Canada's federal and inter-provincial restrictions have been among the most severe in the world, effectively shutting down most commercial aviation in our country," Rovinescu said, adding that Air Canada carried less than 4% of the passengers it did in the same quarter in 2019.

It's facing this reality that Rovinescu called for "urgency" for the Canadian government to take steps to reopen travel and restore economic activity.