"It Takes A Village”, Says ACTA’s Paradis In Recognition Of Successful Lobbying Efforts 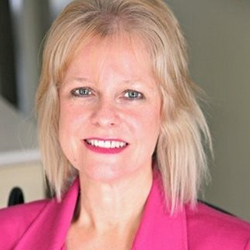 Last Thursday the federal government announced an extension to the Canada Emergency Relief Benefit (CERB) by an additional four weeks, for a total of 28 weeks. The government also provided more details on a previous announcement of the transition of CERB to Employment Insurance (EI) and that EI will now be available to more Canadians.

In addition, a new proposed program, the Canada Recovery Benefit (CRB) will be introduced. This program is designed for self employed workers, and workers not eligible for EI. The new CRB will provide $400 dollars per week -- available for up to 26 weeks over a one-year period.

“As the saying goes ‘it takes a village’ and we are very grateful to all the of the travel agents and travel agency leaders who took the time to send personal letters to their local government official, as well as the dozens and dozens of follow up telephone calls over the past several months. It is certainly paying off,” said Wendy Paradis, ACTA President.

Legislation will be introduced in September when the House of Commons resumes sitting to vote on the three new benefit programs including the CRB.

This means the industry will still need to keep up its lobbying efforts, says ACTA, adding it will once again be asking members and the industry to get involved and keep the momentum going.

“For all the meetings held with Members of Parliament, and the thousands of letters sent to MPs and key Cabinet Ministers letting them know your story and the plight of those in the Canadian Travel Industry, ACTA wishes to acknowledge your efforts – thank you!” said Paradis. ”But we cannot let up, our industry is going to need continued relief into 2021.”

Details on changes to EI insurance premium rates, insurable hours and eligibility for the CRB can be found here.

ACTA is planning to launch a new lobbying campaign seeking sector-specific financial aid "in the coming days," it says. The association believes the wage subsidy program -- which it calls "among the most valued of the aid programs and a lifeline for travel agencies" -- must be extended at the original rate of 75% or greater.