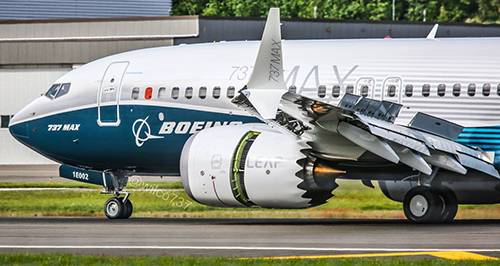 Canadian regulators are putting the revamped Boeing 737 MAX to the test with a series of flights this week.

The aircraft has been grounded since March 2019 after two crashes killed 346 people five months apart.

Transport Canada will first conduct evaluations on the engineering simulator at the Boeing facility in Seattle, WA, as SimpleFlying reports. Then, employees will board a 737 MAX for flight testing out of Vancouver, BC.

Both Canada's largest carriers operate the aircraft type, with 24 in the Air Canada fleet (and 26 yet to be delivered) and 13 in WestJet's.

In a statement to SimpleFlying, WestJet said the following:

“While Transport Canada test flights are a key step in the MAX return to service, there are still a number of steps to be made before the skies in Canada are open to the aircraft. WestJet looks forward to returning the MAX safely to service given the regulator’s focus and diligence throughout the certification program.”

Air Canada and WestJet both depend on Transport Canada’s approval of the 737 MAX, as well as any other operators flying in Canadian airspace.

Transport Canada will be the first non-U.S. regulator to conduct such activities. The U.S. Federal Aviation Administration conducted recertification test flights in June, but Transport Canada, as well as the EASA, have said since last year would conduct their own tests separate from the FAA's.

“Transport Canada remains committed to ensuring that the flight restrictions in Canada are in place until fully satisfied that all safety concerns have been addressed by the manufacturer and the FAA and that enhanced flight crew procedures and training are in place,” the agency said.

By doing so, Transport Canada is challenging a years-long aviation certification system based on reciprocity between the US, the EU and Canada.

Modern aviation has hinged on mutual agreements between these nations to accept each others' safety inspections as valid. The policy saves time and money for aerospace manufacturers and governments by limiting the number of expensive test flights.

"For many years, industry has requested that FAA, TCCA (Transport Canada Civil Aviation), and EASA (European Union Aviation Safety Agency) each accept an exporting authority’s [Technical Standard Order] approval and eliminate the importing authority’s validation approval and issuance activities… Based on more than a decade of experience between the FAA and both these authorities, enough confidence in each other’s systems has been developed to support the reciprocal acceptance of TSO articles," the FAA writes in its “Reciprocal Acceptance” document.

Now, the very principle of reciprocity is "hanging by a thread," says Richard Aboulafia, vice-president of analysis at Teal Group, in an article with FinancialTimes.

“It’s not just things get harder for America and Boeing. Things get harder for everybody if reciprocity breaks down,” he said, although he added he was “cautiously optimistic” the principle would survive since industry players understand its importance.

Boeing set up the Joint Authorities Technical Review to coordinate with international regulators during the grounding, but the coronavirus pandemic has hampered those efforts. The review team comprises civil aviation authorities from nine countries, including Canada, plus the FAA and NASA.

Boeing CEO David Calhoun said last month he expects the 737 MAX would return to service by the fourth quarter of 2020.