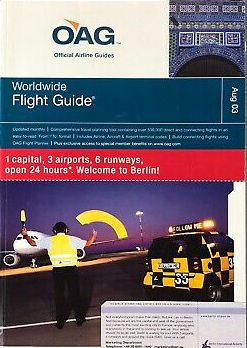 Back in May and June, as passenger demand inched upward since reaching rock-bottom levels, Forbes reports airline industry leaders were hopeful they were seeing the beginnings of a rebound.

But the recent erosion of that demand is not only disrupting the travel industry’s hopes for the remainder of this year, but also points to a likelihood that demand will remain soft well into next year.

“Despite the best endeavours of airlines around the globe, it feels like the hoped-for recovery in capacity and subsequent demand has stalled. These are indeed worrying times and the next six weeks determine how 2021 will shape up for many airlines, airports, travel companies and indeed government revenues if travel does not pick up quickly,” writes John Grant, chief analyst at OAG, in the British travel data company's latest report.

Last week, airlines had scheduled to collectively offer 59 million seats. According to Forbes, that’s equal to just 51% of seats offered in the comparable week of August last year.

The 59 million seats didn’t pan out, as airlines pulled about 600,000 available seats from the global market at the last minute due to weak demand, which means the world’s airlines collectively flew 58.4 million of them.

This week, airlines have planned some 58.4 million scheduled seats, but Grant says it's likely they will once again follow the trend that has occurred over the last few weeks and drop a further half-million seats, taking this week’s eventual capacity total down to less than 58 million. That’s about as many seats as the industry was offering in early March of this year, just after demand had begun its steep decline, according to Forbes.

With airlines still clearly adjusting schedules at short notice, Grant says he suspects airlines will continue to react to softened demand by cancelling flights last-minute throughout the winter season.

In the U.S. and in some European and Asian nations, federal financial subsidies that have helped keep airlines operating and employees on the payroll will soon expire, which according to Forbes, will lead to airlines dropping service to a number of destinations and implementing layoffs. This will contribute to even more weakening of demand as the reduction in available flights and seats further reduces travel options, especially for business travellers.

The biz travel segment, normally a bright point for airlines, will be extraordinarily weak this fall and next spring, as companies around the world remain reluctant to send employees out on the road, and also struggle to deal with weaker balance sheets.

The next six weeks, says Grant, will be "the most telling" period in the Covid-19 recovery phase, shaping the next twelve months capacity plans for many airlines.