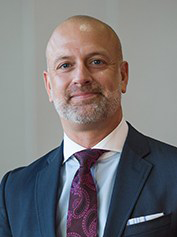 As Canada's travel restrictions and quarantines drag on into the fall, the country's airports now expect to incur more than $4.5 billion in lost revenue and debt levels increasing to $2.8 billion by the end of 2021. CAC says it has submitted this revised outlook, which represents a 30% deterioration in expectations, to the federal government.

The trade organization is asking that:

For smaller community airports that were already on the margins of viability prior to COVID-19, even these requested measures may not be enough, says the CAC. Flights lost may never come back and some airports could be shuttered permanently. To support these assets, the CAC is asking the federal government to permit municipally owned airports to access the Canada Emergency Wage Subsidy (CEWS) and other federal relief programs, and to increase support of its small airport capital funding program.

“With traffic down by almost three quarters in 2020, and by two-thirds in 2021, airports’ financial situations are literally getting worse by the day,” said Canadian Airports Council president, Daniel-Robert Gooch. “Without immediate government relief through a moratorium on ground lease rents, interest-free loans or equivalent operational support, and supplementary funding for small airports, when Canadians are ready to travel again, we are not sure what kind of air transport sector will be left for them.”

With the exception of airport rent relief to the end of 2020, the Canadian government has favoured economy-wide measures, such as the Canada Emergency Wage Subsidy, over sector-specific actions. This, says Gooch, is not enough to ensure the viability of Canada's airports.

“Unfortunately, programs like the Canada Emergency Wage Subsidy provide some support but can’t stop the bleeding,” Gooch said. “Airports are being forced to make some stark choices. They can raise their fees significantly, take on unprecedented amounts of new debt, reduce operations dramatically or as a worst case, shut down permanently. To complicate matters further, air travel is very price-sensitive and airports are in a competitive position. If their rates increase too much, Canadians may choose to fly out of American airports.”