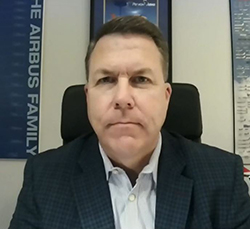 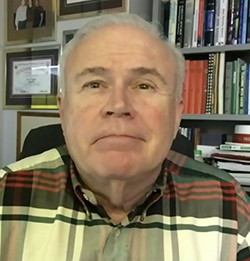 A CTVNews panel yesterday laid bare to Canadians the stark realities of the country's aviation industry and future travel landscape as the pandemic continues to freeze airline travel. (Watch full video below.)

Both industry experts interviewed on the program said the federal government must urgently step in with concrete solutions including financial support for the aviation sector, an  immediate implementation of rapid testing at airports to replace quarantine requirements - and confidence-boosting measures - if it hopes to save the industry.

Robert Kokonis, president of Airtrav Inc, warned Canadians of what's at stake. "If we don't do something, it's not something that will be fixed in a year or two - it will be a decade or more.

If we do nothing, the cost of inaction will decimate - absolutely decimate - this industry and it will set back recovery plans for Canadians for years to come," Kokonis darkly predicted.

Air transport and tourism account for over 3% of economic output in Canada, according to Kokonis. He noted this accounts for about 630,000 jobs, and up to one-third of those may be at risk, "so we are very, very concerned," he said.

Other governments worldwide have provided targeted relief for their airlines in the order of over $120 billion, he pointed out. In Canada, while the government has doled out sweeping wage subsidies available to all sectors of the economy, it has come up with no sector-specific aid for the country's airlines.

Kokonis suggested the government's inaction might come down to politics.

"To be very blunt, I believe there is politics at play as to why we have yet to see targeted relief," he said.

"I don't know if there's any bad feelings between the fed government and Air Canada -- I won't go any further on that -- or the fact that WestJet was taken private last year by Onex Corporation, a large public equity firm, but I think the government…[has to] realize that if this sector gets decimated, it's not just the dollar of airline spend, it's airports, it's hotels, it's ground transport, it's attractions, it's restaurants."

Marvin Ryder, professor at McMaster University's DeGroote School of Business, who also participated in the CTV panel, said the delay may lie in the fact that "the government was trying to figure out where this disease is going."

Forecasts for the fall suggested coronavirus numbers were decreasing and that airlines may be able to restart, Ryder noted, but the passenger numbers airlines were hoping for didn't materialize and new cases are on the rise as Canada enters a "second wave." The result has been over 400 cancelled flights in the last four weeks.

"I think the government realizes it needs to do something, but just what is the question," he said.

Ryder says besides providing financial support and eliminating travel restrictions, for airlines to recover, the government will need to step in to restore passenger confidence.

"We can have all these supports for the industry but you can't make any money with planes grounded. You've got to have them up in the air you've got to have fairly high load levels. At some point, not necessarily at this minute but at some point, the message from the government is going to have to be that it's safe to fly," he said.

Perhaps the most frightening prognosis came when Ryder was asked if it's possible for Canada to lose an airline completely.

"Nothing is impossible," he answered.