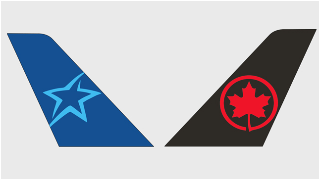 Air Canada and Transat today reached a deal for AC to acquire Transat at a substantially reduced price than initially agreed.

Last year, Air Canada had agreed to acquire Transat for $720 million. The final transaction was concluded for a revised price of $190 million, or $5.00 per share. That's roughly a quarter of the original price.

According to a news release by Air Canada, the amended transaction "reflects the unprecedented impact of COVID-19 upon the global air transport industry, which has endured a severe decline in air travel since the initial Arrangement Agreement between Air Canada and Transat" which was concluded in AUG 2019.

Air Canada had initially bid to acquire Transat at $13.00 per share -- or $520 million – before strengthening its offer to $18 per share, an increase of nearly 40%, or $200 million. Air Canada grossly outbid Quebec-based Groupe Mach, which had put in an offer for $14.00 per share.

"COVID-19 has had a devastating effect on the global airline industry, with a material impact on the value of airlines and aviation assets. Nonetheless, Air Canada intends to complete its acquisition of Transat, at a reduced price and on modified terms," said Calin Rovinescu, President and Chief Executive Officer of Air Canada.

"This combination will provide stability for Transat's operations and its stakeholders and will position Air Canada, and indeed the Canadian aviation industry, to emerge more strongly as we enter the post-COVID-19 world."

The agreement was unanimously approved by the Board of Directors of Transat. It remains subject to customary approvals, including from regulatory authorities in Canada and the European Union. If such approvals are obtained and conditions are met, the transaction is expected to be completed in late JAN or early FEB 2021, according to the AC news release.

Critically, the revised agreement allows Transat to borrow money to survive.  The company announced it has secured a new $250 million short-term loan facility to help it withstand the downturn caused by the pandemic.

"Securing Air Canada's consent to put in place the new loan facility was critical in the decision to revisit the terms of the original agreement with Air Canada" said Jean-Yves Leblanc, Chair of the Special Committee of the Board of Directors of Transat overseeing the process leading to today's announcement.

"Another key factor in Transat's decision was the likelihood of obtaining the necessary regulatory approvals before the fast arriving deadline of December 27, 2020, taking into account the significant and adverse impact of the pandemic on Air Canada's original motivations for completing the transaction at the price set initially. Consummating the initial deal at $18.00 was not an option that was viable given the full set of circumstances the Corporation is facing."

Calling COVID-19 "the worst crisis since the founding of Transat 33 years ago, the company's President and CEO, Jean-Marc Eustache, said having a national airline with the scale to weather the current industry turbulence "is in the best interests of our shareholders, customers, employees and other stakeholders."

"With the volume now forecasted to be down 66% worldwide at the end of 2020, it is clear that the world has changed since the signing of the original agreement in June 2019," Eustache said in a news release, adding that with a second wave of the pandemic underway, "the timing of an eventual recovery remains uncertain."