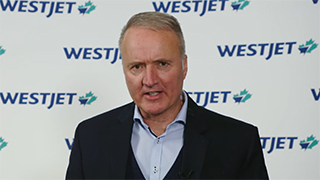 WestJet is eliminating at least 100 weekly flights to Atlantic Canada and Quebec City on 02NOV, blaming restrictive policies and third-party fee increases that have made operating those routes unprofitable.

The Calgary-based carrier is indefinitely suspending operations to Moncton, Fredericton, Sydney and Charlottetown, while significantly reducing service to Halifax and St. John's. This move eliminates almost 80% of seat capacity from the Atlantic region. WestJet is also suspending operations between Toronto and Quebec City.

"It has become increasingly unviable to serve these markets," said Ed Sims, WestJet President and CEO. "Since the pandemic's beginning, we have worked to keep essential air service to all of our domestic airports, however, demand for travel is being severely limited by restrictive policies and third-party fee increases."

Ultimately, he said, "We are out of runway and have been forced to suspend service in the region without sector-specific support."

A return to service date is unknown at this time, WestJet says in a news release. Guests impacted will be contacted directly regarding their options for travel to and from the region.

"We understand this news will be devastating to the communities, our airport partners and the WestJetters who rely on our service," Sims said. "While we remain committed to the Atlantic region, it's impossible to say when there will be a return to service without support for a coordinated domestic approach. Our intent is to return as soon as it becomes economically viable to do so."

WestJet also announced today it will lay off an additional 100 corporate and operational support employees as prospects for any near-term recovery continue to fade and demand remains weak across its operations. These permanent layoffs do not include airport staff from affected Atlantic airports due to WestJet's previous airport transformation announcement.

Sims announced the service cuts in a video, saying, "As we approach what would normally be the busy holiday season, we recognize all too well the impact this would have on families hoping to be together once again. I am truly sorry that we won't be able to connect parts of Atlantic Canada to the rest of our network."

Sims noted that in normal times, WestJet flies more than 2 million guests every month. Since the onset of the pandemic in March, it has flow just over 1 million passengers in total, as more than 70% of its fleet remains parked on the ground.

"As we enter the eighth month of this unrelenting pandemic, our airline continues to be severely impacted by the dramatic decline in demand. The lack of travel demand, combined with domestic quarantines means that sadly, we can no loner maintain our full Canadian network of service," he said.

"It has taken decades to build this robust Canadian network to its highly competitive position and over the last eight months, we are beginning to see these efforts unravel." 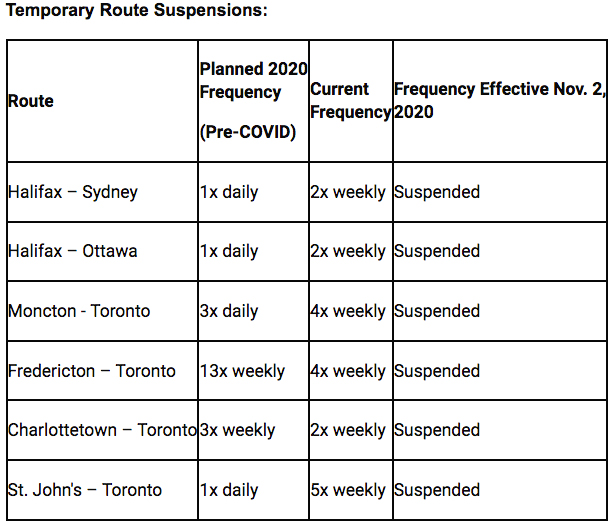 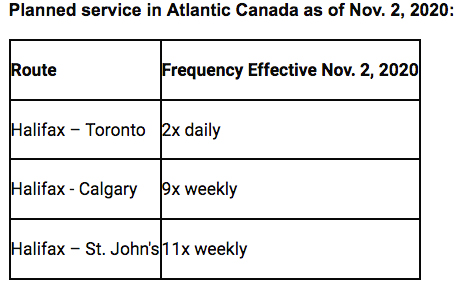