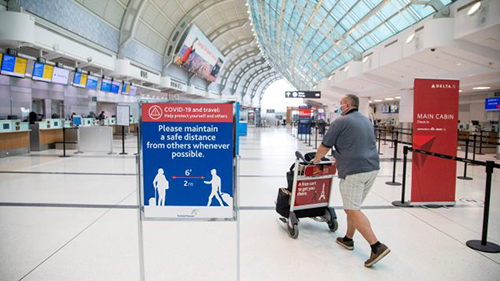 Major players in the aviation industry have come out in full support of the rapid-testing pilot program in Alberta that could significantly reduce quarantine times for international passengers arriving in Canada.

"This announcement is a good step forward in saving our aviation industry while protecting Canadians amid the COVID-19 pandemic," said Jerry Dias, Unifor National President.

"International aviation bodies are urging countries to follow universal standards for passengers. With current trials showing that 14-day quarantines are longer than necessary, it made no sense whatsoever for Canada to have different requirements than many other countries."

As Open Jaw previously reported, the program, a joint initiative between the federal government and the Alberta provincial government, will launch on 02NOV. The government plans to roll out the new testing protocol in phases, with YYC being the first airport location.

In a statement, Air Canada said it welcomes the trial and highlighted its own COVID-19 testing project it launched on 03SEP in partnership with McMaster HealthLabs (MHL) at YYZ.

Calin Rovinescu, President and CEO at Air Canada, says he believes AC's project was "instrumental" in guiding the federal government and public health agencies to launching this latest testing initiative at YYC.

"We know Canadians expect the rich data from these test results to lead to a loosening of the federal government's quarantine requirements immediately, which will allow families to reunite and the economy to resume. Our customer surveys clearly show that Canadians favour safe and science-based alternatives to blanket quarantines," Rovinescu said.

Since Air Canada's study at YYZ began on 03SEP, MHL has conducted over 28,000 tests of arriving travellers who volunteered to participate. Its interim report found that more than 99% of participants tested negative for COVID-19, with less than 1% having indicated COVID-19.

"The preliminary results from the MHL study provide evidence that testing passengers on arrival into Canada may be an effective way to screen for COVID-19. The data has provided the federal government and the government of Alberta with the confidence to move forward with this new testing initiative. In fact, today Alberta Premier Jason Kenney thanked Air Canada for helping advocate for measures to safely reduce quarantine, which is an encouraging step in the continued push for a secure resumption of air travel," said Dr. Jim Chung, Air Canada's Chief Medical Officer.

Open Jaw previously reported that WestJet President and CEO, Ed Sims, called the trial an "important step in providing peace of mind to anxious travellers" on the heels of the program being announced.