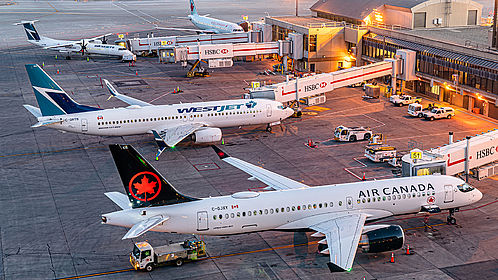 Canada is close to finalizing an aid package for the airline sector that will likely consist of low-interest loans for carriers, Reuters reports.

“We’re running out of runway on this,” a government source told Reuters, citing concerns about the viability of the country's airlines and airports. "The discussions are ongoing. They're positive."

Support in the form of a loan is favoured by industry unions and observers, who have advocated for a $7 billion low-interest loan guarantee.

The other possibility under consideration is the government taking a stake in airlines, but Reuters sources said this is unlikely.

“This isn’t rocket science... you can’t have a strong recovery without strong airlines,” he told Reuters.

The prospect of an aid package comes eight months after the COVID-19 pandemic decimated air travel. Air Canada and WestJet, Canada's two main carriers, and transport unions have been pleading for help for months as passenger demand plummeted.

Both Air Canada and WestJet have been forced to cut regional routes, owing to weak demand. According to a Reuters source, the government's focus now is on “making sure the sector and those regional routes are protected and the airports remain operational."

Several countries, including the United States and Australia, have offered billions in direct emergency support to their airlines. Canada has only put forth non-sectoral support programs for all industries. Critics have argued these programs were not designed in the context of an industry that remains effectively grounded, with no indication of when it can methodically re-open.