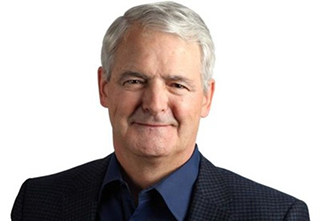 As Open Jaw reported Friday, Ottawa is ready to offer financial assistance to the pandemic-battered airline sector in the form of loans, Minister of Transport Marc Garneau announced Sunday.

"The air sector cannot respond to these challenges on its own, given the unprecedented impacts on its operations.  To protect Canadians, the Government of Canada is developing a package of assistance to Canadian airlines, airports and the aerospace sector. As part of this package, we are ready to establish a process with major airlines regarding financial assistance which could include loans and potentially other support to secure important results for Canadians," Garneau said in a statement.

Discussions are expected to begin this week.

Garneau's statement confirms what Open Jaw reported last week: the government won't be taking a stake in airlines as a condition of financial aid.

The condition for federal support is that airlines must provide millions of dollars in refunds for cancelled tickets.

"Before we spend one penny of taxpayer money on airlines, we will ensure Canadians get their refunds," Garneau said.

The minister also highlighted the importance of regional air connectivity in Canada, although it is not immediately clear whether that would include forcing airlines to resume dozens of currently suspended routes. Both Air Canada and WestJet have cut regional routes, especially to Atlantic Canada, owing to weak demand.

"We will ensure Canadians and regional communities retain air connections to the rest of Canada, and that Canadian air carriers maintain their status as key customers of Canada's aerospace industry. Any assistance the Government of Canada provides will come with strict conditions to protect Canadians and the public interest," he said.

While ACTA says it understands the need to provide refunds on COVID-19 affected bookings, the association expressly states that any government aid to airlines must take into account travel agent commissions.

According to Paradis, ACTA is actively lobbying the federal government to include travel agent commissions as part of any aid package given to the travel industry – either by stipulating that the aid must cover all commissions and that they must not be recalled, or by direct compensation to travel agents and travel agencies.

"We will evaluate this afternoon's statement from the Government of Canada and will await greater clarity on what support for the aviation sector might include," said WS. "As we determine how to proceed in the best interests of our guests, our people and the communities we serve, we won't be making any further comment."

Air Canada announced in its Q3 financial report it is deferring a further 95 route suspensions and nine Canadian station closures pending the progress of discussions with the government. These closures are on top of the cuts announced on 30JUN, 2020, when the carrier slashed 30 domestic regional routes and closed eight stations at regional airports in Canada.

“We are encouraged by the government’s decision to work with carriers to try and stabilize the sector," McNaney said in a statement.