“But every day, we focus on rebuilding, and adjusting our offering for the ‘new normal’”, AC’s Chief Commercial Officer told the attendees of ACTA’s Virtual Summit last week.

“We hoped for a quicker recovery, but hope is not a strategy,” Guillemette noted, before describing some of Air Canada’s initiatives during COVID, including participating in a rapid-testing pilot at YYZ, ordering 25,000 of its own rapid tests, re-launching the Aeroplan loyalty program, and launching JETZ all business-class service.  “We’re willing to try anything.” 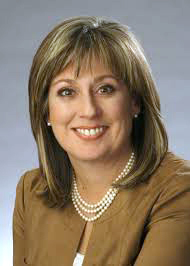 Guillemette’s message to Canada’s travel advisors was determined optimism.  She even said, “We’re excited about what the future holds.”

This, as reports on the weekend detail government and industry collaboration to save Canada’s airlines has so far been a non-starter with both sides far apart in their demands.

The Globe & Mail quotes a spokesperson for Transat, Christophe Hennebelle, as saying, “We are very eager to begin discussions, of course, but there has been no reach-out on the file.”

It indicates it was Air Canada’s announcement of “its intention to cancel 95 routes, domestic, U.S. and international, and pull out of another nine airports, moves that risked isolating parts of the country, in an effort to reduce its cash burn” that triggered Transportation Minister Marc Garneau’s 08NOV statement announcing the government’s intention to begin talks to save Canada’s airlines.

But the Globe & Mail article also highlighted just how much the government may demand from airlines during what it says are expected to be “tough” negotiations.

On its part, the government has tied air industry assistance to carriers opening their books, and restricting executive compensation and shareholder payout as reported in the National Post.  In addition, the government wants airlines to maintain orders for Canadian-made aircraft and refrain from cancelling vital routes, as well as the well-publicized call to provide refunds for cancelled flights.  That last point is a reversal of its previous support for airlines’ providing future flight credits in lieu of refunds.

Will airlines be willing to fulfil those demands in return for vital support?

Carriers’ own wish lists differ. Some include financial tools like grants or interest-free loans, but all focus on getting Canadians flying again: national implementation of rapid-testing to replace quarantine requirements, a path to restart U.S. and domestic travel, including ‘safe corridors’ and ‘bubbles’. Airlines are also looking for relief on a variety of costs, including NavCanada and airport fees, carbon tax on fuel… and those refunds to consumers for cancelled flights.

The Globe & Mail article quoted Transat’s Hennebelle in a statement Canada’s other carriers would no doubt echo, saying that the airline would be “delighted to be in a position to refund our customers. If the government wants to help us doing so, we are certainly game.”

Turning down the heat

Following Minister Garneau’s 08NOV statement announcing talks with airlines, Air Canada backed away from some route cancellations.  But the threat of reduced air service for Canadians still looms over talks that haven’t yet begun.

As Guillemette told ACTA’s members at its Virtual Summit, the decision to close routes was difficult, “and we will have a smaller foot print that’s expected to last several years.”

But she reiterated the airline’s gesture of good faith in talks with the government, confirming, “We are suspending further (service) suspension announcements until the outcome is known.”

And she doubled down on her own message of optimism for Canada’s travel advisors, saying, “The world needs more Canada.”