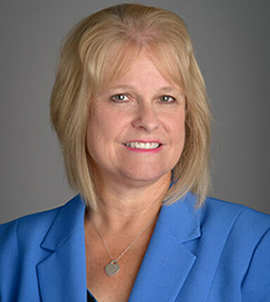 Despite some shortfalls, ACTA says travel agencies and advisors benefit in a number of areas from in the federal government's Fall Economic Statement (FES), which was presented by Minister of Finance Chrystia Freeland on Monday (30NOV).

“While the FES does not go far enough to protect the thousands of Canadian jobs in the travel industry, it does go a long way to answering some of our hard-fought advocacy on wage subsidy, rent and helping with liquidity through [the Highly Affected Sectors Credit Availability Program]with 10 years to repay and low interest," says Wendy Paradis, President, ACTA.

While the fiscal update covered a lot of ground, Paradis tells Open Jaw "too many details" remain to be worked out.

"Some of the new spending measures will require legislation being developed before coming into effect. Hopefully this will happen before the House of Commons rises for the winter break on 11DEC. With this in mind, we’re back 'at it' this morning and already have meetings set up with the federal government in regards to the details and potential next steps," she said in an email this morning.

Freeland did not share details on an aid package for large airlines, but said discussions were ongoing.

As Open Jaw reported, Minister of Transport Marc Garneau previously said a condition for federal support is that airlines must provide millions of dollars in refunds for cancelled tickets.

Paradis tells Open Jaw ACTA is "very involved with both the government and the airlines" on this issue and will continue to advocate that any airline aid package that is tied to refunds must address the commission recall to travel agencies and travel advisors.

Benefits to the trade: