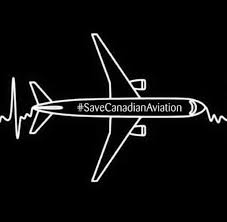 Despite some positive measures, unions representing workers in the aviation sector believe the Liberal's fiscal update largely "misses the mark" by providing little to no help for large aviation employers that employ the bulk of frontline airline workers.

"Though yesterday's announcement offers supports to airports and makes critical investments in health and safety infrastructure, it fails to offer a plan to save this industry from total collapse," said Jerry Dias, National President of Unifor, which represents roughly 12,900 members in the air transportation sector.

"Canada's aviation workers and airlines need the federal government to be agile and responsive and we have given them the solutions, but government is moving at a snail's pace to stop the industry from bottoming out."

CUPE's Wesley Lesosky, President of the union's Airline Division, said "our members who are laid off at home wondering if they'll have a career to return to once COVID subsides were hopeful Monday would bring good news for them. Instead, they were left disappointed by this government once again."

The Airline Division of the Canadian Union of Public Employees (CUPE) represents about 15,000 flight attendants at nine different airlines across Canada, two-thirds of whom are currently laid off.

Despite large aviation employers being left out of the fiscal update, there were still several positive outcomes for the aviation sector and its employees, note both CUPE and Unifor.

The Liberals boosted the Canada Emergency Wage Subsidy (CEWS) back to 75%, up from 60%, of pre-pandemic wages, but many flight attendants are not eligible to receive this coverage, notes Lesosky.

"That will help some, but most of CUPE's airline members cannot access the CEWS because six of its nine airlines, including Air Canada, are only participating by enrolling active members, which means laid-off workers lose access to their company benefits and receive greatly reduced federal income support," he said.

“There was, and still is, an opportunity to help these workers access better income support through CEWS and also maintain their company benefits. We just need the government to listen and act.”

Unifor and CUPE have been lobbying the government for rapid testing at airports and industry-specific financial support.