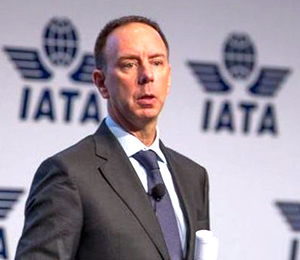 “The government has been stating for months that it is working on a vital support package for Canada’s airlines,” said Peter Cerdá, IATA’s Regional Vice President, The Americas.

“It has failed to deliver thus far. Other governments see the need for financial support as an investment in economic recovery and have supported the industry with US$173 billion. Canada has some of the most draconian COVID-19 measures which have essentially shut down most air connectivity and put the sector in a tailspin.”

According to IATA, the biggest hurdles in stimulating international air traffic are border closures and quarantines, both of which Ottawa extended to 21JAN, 2021. The trade association urges the Canadian government to provide financial support to airlines, to reopen borders to international travellers and to replace the 14-day quarantine requirement with testing.

“In addition to financial support, the government needs a plan to re-connect Canadians internally and to the world. Quarantines kill demand for air travel and destroy jobs across the travel and tourism sector. COVID-19 testing for travel would keep Canadians safe and save jobs,” said Cerdá.

In total, 3.2% of the country's GDP was supported by the air transport sector and foreign tourists arriving by air.

“The government needs a plan to support this critical sector. At the same time its value in linking people, supporting jobs and delivering goods—like vaccines—has never been more crucial,” said Cerdá.

Raul Gotaiccone - December 3, 2020 @ 15:20
IATA must not be in touch with reality. The people have spoken and are not in favour of a government handout to an industry that has with held money from customers. Suck it up and get your own house in order....the USA situation is the prime reason for this on going problem. Terry Alan - December 3, 2020 @ 13:42
Airlines in the United States want the same handouts. Look at the compensation the the CEO’s from Americans, Delta and United Airlines made in 2018. Average with stock was 15 million per year!!! Did they save any of this revenue for a downturn. No!
They just want tax payers to bail them out. Time for salaries that are in line with front line employees. ASTA, ARC and IATA need to look at the whole picture, not just the airline side . Everyone is hurting and paying airlines is not the answer. Teodor Tanase - December 3, 2020 @ 13:25
IATA is looking for their own interests, they are representing the airlines, they are getting their salaries from them and not only.
The Governments supposed to defend the citizens: do not forget, Canada is the only one country who "allowed" the airlines to keep client's money. Look at USA and European Union: no refund no business in their airspace. So, AC refunded all clients from that space. GG - December 3, 2020 @ 13:09
Conservatives and others. Our Government is spending too much. We are going in debt. Also Conservative Travel Agents. We need money. Please give us some money.