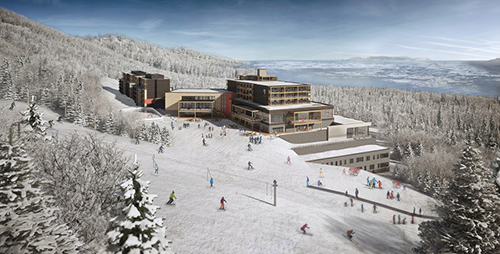 The 4-Trident property has 302 rooms including an Exclusive Collection space with 25 suites. Guests can choose from three room categories: Superior, Deluxe and Suite. 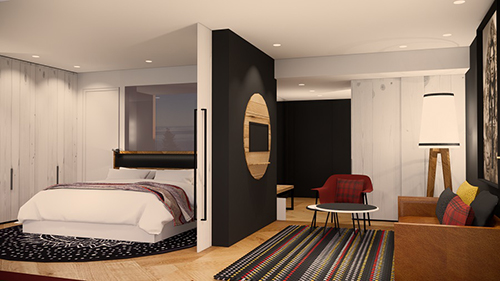 As an all-inclusive resort, all food and beverages, ski/snowboard lift passes, classes and equipment, wellness activities and entertainment are all included in the stay. Wi-fi, taxes and gratuities are also part of the AI package.

Located in Charlevoix, Quebec, the resort offers sweeping views of the surrounding mountain landscape and the St. Lawrence River. 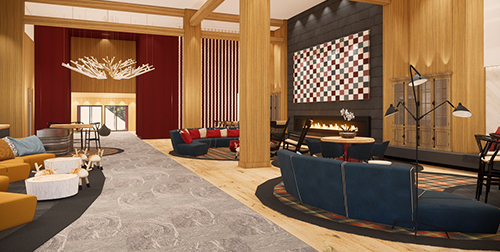 “Shaping Canada’s first Club Med within this region has been a complete privilege and we are looking forward to highlighting Charlevoix’s heritage and character within every facet of the resort, staying true to Club Med’s values of social responsibility and sustainable touristic development,” he added.

Club Med North America President & CEO Carolyne Doyon said that as a Canadian, she was proud and excited that Club Med had chosen the beautiful province of Quebec for its newest property. She called it an important milestone in the history of the expansion of their brand in North America.

“We fell in love with the uniqueness of the Charlevoix region, home to one of the most beautiful mountains in eastern Canada, “ she said. “Club Med Quebec Charlevoix is a major project for us and we have worked passionately and tirelessly with our partner group Le Massif to offer an all-inclusive vacation experience, unique in its kind, unmatched in North America.”

She said the resort will offer a sense of conviviality and Quebec hospitality, a symbol of the  strong bond that has united Club Med and Quebec for a very long time. 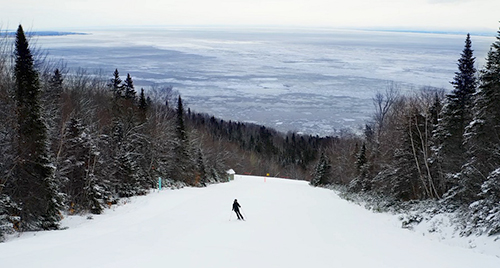 Amelie Brouhard, the company’s Vice President for Canada and Mexico, said the new resort enhances Club Med's legacy as a worldwide leader in all-inclusive ski travel by adding to their 22 already-existing mountain resorts in the Alps and in Asia. Club Med Quebec Charlevoix will be the first resort of its kind in Canada and the only all-inclusive North American mountain resort with a waterfront mountain experience.

“Since the beginning of the project, we took the commitment to offer an experience true to Quebec culture and nature that will be welcoming around 50,000 clients each year, the majority of which are Canadians followed by Americans, Brazilians and French. We also anticipate multiple benefits to the local economy from increased tourism activities and the creation of 325 direct and 400 indirect jobs,” said Brouhard.

Club Med and Groupe Le Massif have partnered with Quebec architecture and design firm Lemay Michaud to bring the resort model to life. Inspired by its surrounding, Club Med Quebec Charlevoix is built using locally-sourced materials such as wood, stone and tile in a modern Quebec chalet style. 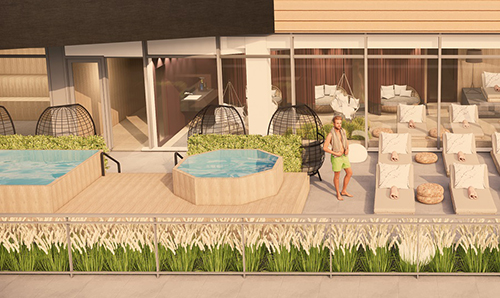