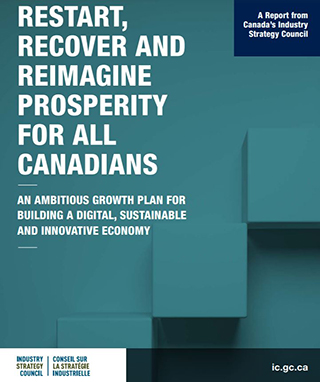 The aviation and aerospace industries in Canada are in “urgent need of targeted assistance to avoid collapse” as the pandemic has caused a "catastrophic drop" in air travel, stated a new report by the Industry Strategy Council, an economic advisory group created by the federal government that recommends a wide series of measures to restart Canada’s economy, including the aviation sector.

The report urges the Government of Canada to take concrete action on key policies including providing liquidity, rapid testing, reduced quarantine measures, and selective re-opening of borders with low-risk countries.

“We strongly support the recommendations provided by the Council. We are now fighting to not only protect the ability of the industry to recover, but to ensure irreparable damage is not done to the sector,” said Mike McNaney, President and CEO of the National Airlines Council of Canada.

If the government does not act, ISC warns Canadians could see reduced service, higher prices, diminished competition and a loss of connectivity.

"Higher ticket prices and reduced connectivity would place Canadian businesses that rely on air travel at a disadvantage compared to their foreign competitors," the report states.

According to McNaney, Canadian connectivity has already decreased substantially over the past few months, as flights have been significantly reduced or eliminated across every region as carriers try to preserve liquidity and some semblance of operation.

“Our members have spent years and invested billions of dollars building regional and international networks to create the level of connectivity needed to support Canada’s economy,” he said. “That investment and the tens of thousands of direct jobs it entails are being systematically eroded.”