Agents Urged to Raise Their Voices Against Commission Recalls 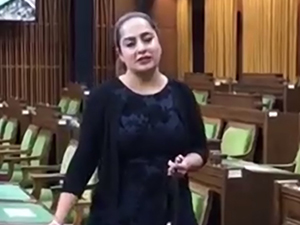 Calgary Skyview MP Jag Sahota is one of several Conservative MPs who have raised the issue of travel advisor commissions in Parliament recently.

Fearing that the federal government isn’t listening to the concerns of Canada’s travel advisors who risk losing $200 million of commissions in an airline bailout, Calgary-based travel advisor Heidi Hurst is asking individual agents to add their voices to the chorus.

She has created a google webform where all agents across Canada can let politicians know their exact situation without having to go public themselves. The form is at https://forms.gle/TL4gD5NoazqdWjfy7.

Chris Bittle, Parliamentary Secretary to the Minister of Transport, said he’s aware of the issue, but didn’t directly answer the question, instead reiterating that the federal government would not bail out the country’s airlines until they refund Canadians for flights cancelled during the health emergency and restore airline routes to the country’s regions.

She said that while many of the federal government’s financial assistance programs that came out quickly in the spring were modified to close loopholes and adjust gaps, nothing has been done specifically for the country’s travel agents and wants them to be considered in any airline aid package.

“We need to address commission recalls from the outset of any aid program that comes out because too many travel agents will not be able to handle waiting for a correction to the program after the fact,” she said.

“We are simply asking for inclusion as a vital part of the industry that worked for Canadian travellers and travel suppliers before, during, and hopefully after, the pandemic,” added Hurst.

The Association of Canadian Independent Travel Advisors (ACITA) has actively been engaging MPs across the country to make them aware of just how devastating a commission recall would be for independent travel advisors.

ACITA was formed in JUN by advisors Brenda Slater, Nancy Wilson and Judith Coates. Already, it has held Zoom calls with 111 MPs, with 69 of those calls conducted since NOV, shortly after Minister of Transport, Marc Garneau, announced that any airline bailout would be tied to customer refunds, sparking major concern in the travel agent community that they will lose hard-earned commissions at a time when they are already struggling to survive.

Last week alone, four MPs brought the association's concerns to the floor of The House of Commons, including Candice Bergen, Conservative MP for Portage-Lisgar, Manitoba who pressed the federal government on the issue, highlighting the "spirit" of hard-working Canadian women.

Bergen underscored that if the government chooses to bail out the airlines, "that help should include independent travel advisors. These women run small businesses across Canada, which we know are the backbone of our economy. They also represent the spirit of Canadian women, which are hard-working, tenacious and providing for their families by serving others. These women deserve more than being left behind to flail in the wind. Let us help them out."

Conservative MPs Gerald Soroka, MP for Yellowhead, Alberta, Tamara Jansen, MP for Cloverdale—Langley City, BC, and Jag Sahota, MP for Calgary Skyview, Alberta, also made statements on ACITA's behalf within the past week.

“While the airline industry lobbies the government for a tax payer-funded bailout, the same industry is forcefully demanding that travel agents – 82 per cent of whom are woman – return over 200 million dollars in commissions that they made from the sale of airfares and vacation packages,” Sahota stated during Question Period in the House of Commons on 11DEC .

“While the airline industry has turned their backs on these women, this Liberal government should not. Will the Minister for Women and Gender Equality do her job and stand up for the women of this country?” asked Sahota, referring to MP Maryam Monsef.

Slater tells Open Jaw ACITA will continue to advocate for independent advisors and keep on its steadfast path of connecting with each of Canada's 338 MPs to get the message out.

"It is extremely important to us to note that we meet with each of these MPs individually in 30 minute zoom calls," Slater says. "We do this so that we can present a comprehensive presentation on all of the issues surrounding COVID including commission recalls, CRB extension as well as potential solutions that will help advisors and consumers to regain confidence in travelling again soon."

Jim Lingerfelt - December 17, 2020 @ 13:22
I do not agree that there is anything wrong about commission recalls. The vendors paid them before they were earned (earned = trip completed) and now that the trip is cancelled, they deserve them back. OUR problem (ours and the industry's) is that we SPENT them before they were earned. In the future, ANY large commission (cruises, notably) received before the trip will be moved to a savings account and not touched until the trip is over. I'm not messing with airlines, or small earnings on deposits, but for final payments when we hold back $10K in commission 60 days before the trip, we are not spending that until the trip is over.  If we lobby for any action here, then Vendors (airlines, cruises, insurance) could rightfully simply stop paying commissions until trip is completed. Don Cooper - December 16, 2020 @ 15:53
Any bailout protection for the airlines should not only include refunds for clients, but also include commission protection for travel agents!