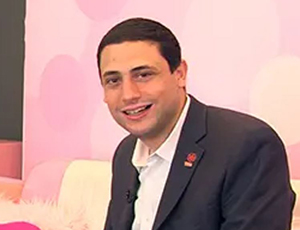 "We are delighted to partner with Chase and Mastercard to relaunch our U.S. co-brand credit card. Chase's many strengths, including digital innovation, customer service excellence and a world-class brand, will help us deliver a best-in-class product for U.S.-based Aeroplan members," said Mark Nasr, Vice President, Loyalty and eCommerce, Air Canada, in a news release.

In an email to Open Jaw, Nasr added that Air Canada chose to partner with Chase "as they are the premier cobrand issuer in the U.S. with a strong brand and they have immense experience in the travel space."

Air Canada has had an American co-brand for about a decade, first with Bank of America and then with TD USA. This new partnership, according to Nasr, presents an opportunity to drive growth and engagement for both Aeroplan and Air Canada.

"We have been seeing evidence of the demand for travel re-emerging in countries around the world who’ve controlled the virus or implemented science-based measures supporting travel. We want to be at the forefront as recovery begins in North America," said Nasr.

Being the largest foreign airline in the United States, Air Canada already has considerable clout so the Aeroplan Credit Card from Chase is a "natural foray" for the airline, he adds.

The largest international air traffic market in the world is between the United States and Canada, Nasr points out and before the pandemic AC was flying to more than 50 U.S. destinations.

With its new credit card, AC will be targetting people who have an affinity to Aeroplan or people who cross the border often.

"Our U.S.-resident members have been eagerly awaiting a new U.S. credit card. There are millions of U.S. residents with deep ties on both sides of the border," Nasr said.

Air Canada relaunched its transformed Aeroplan loyalty program in November with features that include point sharing for families, the elimination of cash surcharges and every seat on every Air Canada flight eligible for flight rewards with Aeroplan points.