Transport Canada Approves Design Changes To Boeing 737 MAX, But No Certification Yet 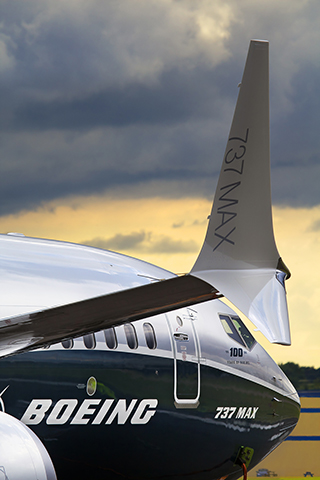 Photo by Oleg V. Belyakov
is licensed under CC BY-SA 3.0

Transport Canada has approved design changes to the Boeing 737 MAX following an independent review, but the plane is still banned from flying in Canadian airspace as modifications to the aircraft, flight crew procedures and MAX training are still pending.

The United States Federal Aviation Administration (FAA) lifted the ban on the 737 MAX on 18NOV. Gol Airlines became the first global carrier to resume Boeing 737 Max flights last week, with Aeromexico and American Airlines planning to follow later this month. The European Union Aviation Safety Agency (EASA) has yet to certify the plane.

Both Transport Canada and EASA are conducting an independent review of the Boeing 737 MAX. In the past, regulators followed the guidance of the FAA on Boeing aircraft, but many are now wary after the U.S. agency was faulted for lax oversight. Transport Canada has said it is taking a harder look at the relationship between regulators and the manufacturers they oversee.

Transport Canada's design change approval is an important first step in the eventual return to service of the aircraft in Canadian airspace. But before that happens, Transport Canada says it must first develop comprehensive safety plans, maintenance and training, including:

Transport Canada says it expects to issue a Canadian Airworthiness Directive and mandate the training requirements for crew in JAN 2021.

The Canadian design changes for the Boeing 737 MAX will include an enhanced flight deck procedure that provides the option for a pilot-in-command to disable a loud and intrusive warning system (commonly called the "stick shaker") when the system has been erroneously activated by a failure in the angle of attack sensor system. This feature will help reduce pilot workload. There will also be differences from the FAA directive when it comes to training requirements.