Garneau Won’t Give Approval Date on AC Bid for Air Transat, but Says it’s ‘Very Near’ 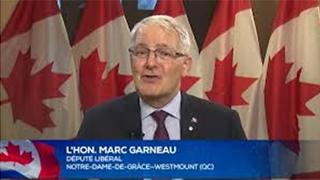 Canada is “getting very near” to the point where it will decide whether to approve Air Canada’s bid to buy Transat A.T. Inc, Transport Minister Marc Garneau said on Thursday, but did not provide a specific date.

Transat AT Inc.'s shareholders approved a $5 per share takeover offer from Air Canada Tuesday that was recommended by the company's leadership over a later competing bid.

The company revealed news of the second bid in a press release before the shareholders' meeting. It came in November from an investor with no connections to the aviation or travel industry.

Even though the unsolicited bid that was offered in November was higher in price, Transat president and CEO Jean-Marc Eustache said it was inferior to Air Canada's offer and the price is just one of the criteria they considered as part of their final decision.

Air Canada had originally offered $18 per share to purchase Transat, but revised its offer in October to $5 due to the difficulties the COVID-19 pandemic was inflicting upon the travel industry.

Transat reported last week that it lost $238.1 million attributable to shareholders in the fourth quarter. That brought its losses for the year to $496.5 million on 96-per-cent drop in revenues to $1.3 billion.

"It must be said that the world has changed," Eustache said in a call with reporters.

Transat’s chief financial officer said on a conference call with analysts Monday that the company’s future may be in doubt if the Air Canada takeover is not approved.

“We are signalling that there might be a question mark on our ability to continue as a going concern, considering that additional financing will be necessary if there is no transaction,” said Petrin.