We may not be travelling this year over Christmas and New Year’s, but the good news is that we can still be inspired by the holidays in the destinations we love.

OpenJaw asked our Tourism Board friends to describe their favourite local holiday traditions, and we were overwhelmed with joyous responses.  So brace yourself for festive cheer as we share treasured experiences and signature celebrations every day between now and Christmas.

Today: Festive Feasting! Christmas is celebrated around the world, and we are fortunate to share the joys of the season with other religions and cultures. One thing all festivities have in common: fabulous feasting!

Chanukah wrapped up last week for the world’s Jewish community, and Gal Hana, the director of the Israel Ministry of Tourism in Canada, shared his most cherished Chanukah traditions with some charming family photos taken during recent celebrations.

“In Chanukah we celebrate the victory of the Maccabees against the Roman King Antiochus who tried to force the Jews to stop believing and practicing our beliefs. After the victory when the Maccabees returned to rebuild the temple they witnessed a miracle.  This was the oil in the menorah that kept burning for 8 days and 8 nights. 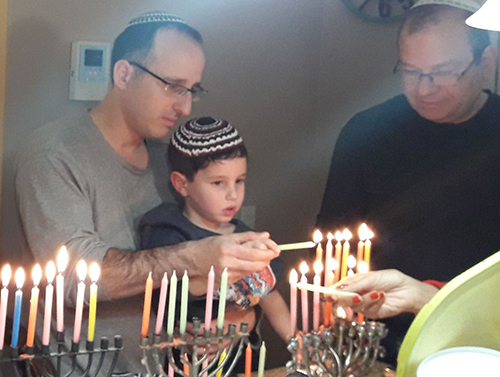 “During the 8 days of Chanukah we eat latkes and sufganiot (similar to jelly donuts) and we light candles each night in a special Chanukiah. Every Chanukah on the first day we have all the family together to enjoy Ravit’s, my lovely wife and awesome cook’s, latkes. I can tell you that it’s indeed a miracle to survive after so many latkes!”

Nieves Ricardo with GoCuba reminds readers of OpenJaw that Cuba’s Christmas traditions originate in its Spanish colonial past, including celebrating on Christmas Eve, “Noche Buena”, as opposed to Christmas Day.

“Christmas in Cuba is quite different from Canada, especially for the lack of consumerism, it’s more about family and friends and partying. A Cuban favourite holiday tradition is gathering with friends and neighbours and family for a roasted pig dinner on Christmas Eve.” Nieves even gave us a photo of the star of the supper. 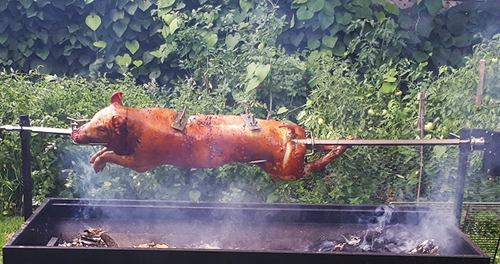 “The typical menu consists of a suckling pig roasted on a spit over an open fire for several hours with the skin ending up crispy and the meat smoky and tender; this is served with black beans and rice, fried plantain and yucca with mojo (garlic sauce).

“What I like the most is the party ambiance in the air the entire holiday season, till we get to celebrate New Year’s Eve which is the ultimate and biggest celebration of all!”

TOASTING WITH ROMPOPE IN COSTA RICA 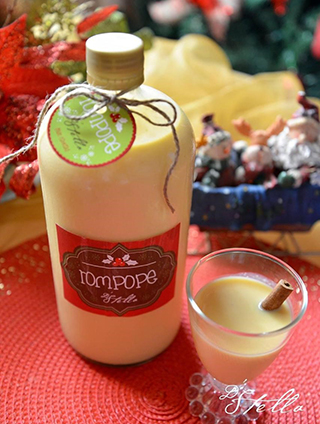 The clue to the key ingredient in this festive Costa Rican drink is in its name. It’s not like a rum punch found in the Caribbean, though. Rompope is Costa Rica’s answer to English eggnog or Dutch advocaat, composed of egg yolk, milk, sugar, cinnamon and rum. Unlike eggnog, it’s cooked like a hot, boozy custard. Variations made with coconut milk, coffee, almonds or other nuts are popular in other parts of Latin America.

This traditional beverage of Christmas gatherings is both sweet and strong. Shahfreen Elvaia at Vox International has sent this rompope recipe from Costa Rica Tourism for us to share in the country’s celebration of the joys of the season.

Place 3 cups of milk, the sugar and cinnamon in a pot. Heat. Apart, dissolve the cornstarch and the egg yolks in the rest of the milk and add to the pot. Cook over low heat for several minutes. Cool and add rum to taste. Sprinkle with nutmeg and cinnamon before serving.

“The vanilla cookie is a traditional Viennese holiday delight bringing together the generations during the holiday season in the preparation and anticipation to be the first to taste this yummy dessert,” says the representative of the Vienna Tourist Board in Canada, Armando Mendonca.

These crescent-shaped cookies are traditionally made with walnuts, giving them a unique flavour compared to many almond-based traditional European pastries. While they are a holiday treat, not only in Vienna, but also in neighbouring Germany and Eastern European countries, where the recipe has spread, you can luckily enjoy them year-round in Viennese coffee shops.

This video from the Vienna Tourist Board shows you how you can make Vanillekipferl for your own holiday celebrations at home this year.