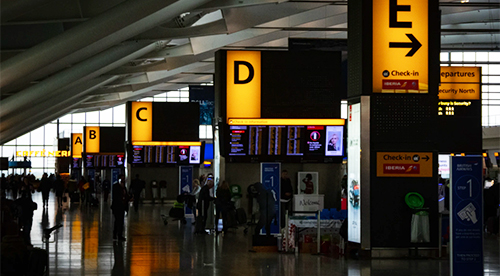 At last count, more than 40 countries have imposed some sort of travel ban to and from the United Kingdom due to a worrying new coronavirus variant, some for a few days, some for a few weeks and others indefinitely, but the federal government has indicated its 72-hour ban could be extended.

The Canadian government announced Sunday night that it would impose a 72-hour ban on U.K. travel and has yet to issue an update as to whether it would extend it beyond Wednesday, but Public Safety Minister Bill Blair said the restrictions could be "extended or enhanced" beyond then.

The Canada Border Services Agency has said it is increasing its presence at Canadian airports to enforce the new ban and, according to a CBC report, and is warning that anyone attempting to circumvent the restrictions would be fined.

The sudden travel bans have left thousands of travellers stranded in the U.K. and around the world and has the world’s largest travel organizations wondering whether the restrictions are even worth imposing, with both IATA and the WTTC arguing that testing of passengers is a better solution than sweeping travel bans.

The reason for the rapid border closures is worry over the increased transmissibility of this strain of the virus compared to the original. It is said to be related to a strain that is spreading rapidly in South Africa which accounts for 80 to 90 percent of that nation's new infections, according to a National Post report outlining what we know so far about this new coronavirus variant.

So far, the United States, one of the countries worst hit by the ongoing pandemic, has not been in a hurry to close its border to U.K. travel.

Dr. Anthony Fauci, one of the leading members of the country's Coronavirus Task Force, told CNN Monday that he would advise against additional restrictions on U.K. travel.

He told CNN that the U.S. should "without a doubt keep an eye on it," but added "we don't want to overreact."

In a Globe & Mail report Tuesday, Health Canada officials wondered if the variant may already be in Canada. It has already been detected in the Netherlands, Denmark and Australia.

“There’s always a possibility that the variant has travelled and we are focusing considerable effort to be able to identify it, should it arise here in Canada,” Guillaume Poliquin, acting scientific director-general of the National Microbiology Laboratory, told the Globe & Mail.