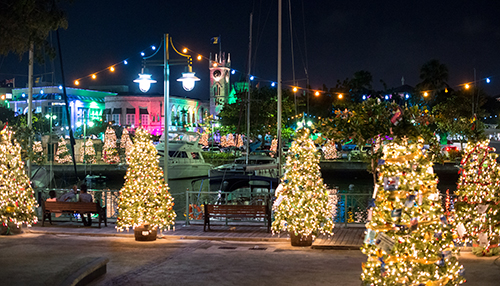 We may not be travelling over Christmas and New Year’s this year, but the good news is that we can still be inspired by the holidays in the destinations we love.

OpenJaw asked our Tourism Board friends to describe their favourite local holiday traditions, and we were overwhelmed with responses. So brace yourself for festive cheer as we share treasured experiences and signature celebrations every day between now and Christmas. 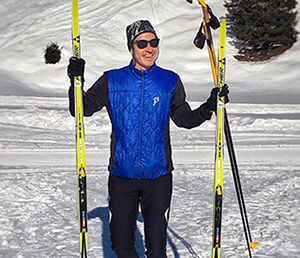 Today : Christmas outdoors. Some of us love a winter wonderland and some like it hot!  But in the snow or sand, town or countryside, these destinations are places to find the Christmas spirit in the open air.

“My favourite holiday tradition is to start the day with some Birchermuesli for breakfast, go cross-country skiing and come home to enjoy the coziness of our fireplace. In the late afternoon, we go for a walk in the village to look at the holiday decoration, enjoying an apéro with Swiss wine and, of course, fondue for dinner.

“One image is me cross-country skiing, and the other shows our team of Switzerland Tourism in Canada with my great colleague and media manager Ursula Beamish. Happy holidays and good health!”

Barbados – The Band Plays for Christmas in the Park

Tania Kedikian and Ashley Kotar of Development Counsellors International (DCI) describe how the celebration of the season in this island nation melds Commonwealth and Caribbean tradition. 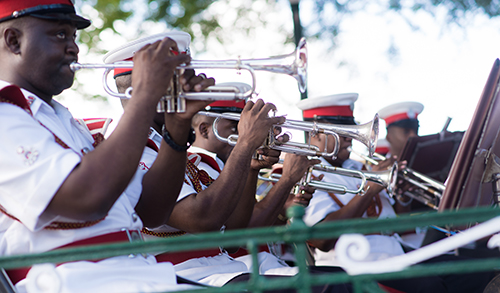 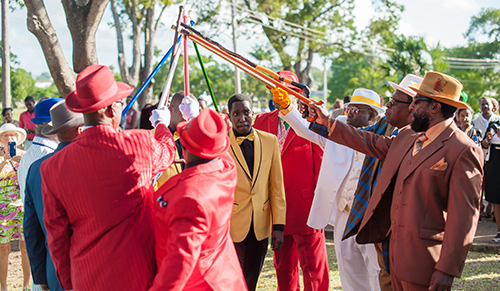 “The annual Christmas morning service at Queen’s Park in Bridgetown is a local institution. The service features the sweet music of the Royal Barbados Police Force Band and is attended by hundreds of men, women and children from all walks of life dressed in new colourful and stylish dresses, tuxedos and suits bought especially for Christmas. Once the 'parading' is over in Queen's Park, Barbadians head home to spend the remainder of the day with close family and friends where they take part in Christmas lunch.”

Our friends at DCI describe a holiday season in Belize, rich in multi-cultural music and dance, but the one that stands out has to be the ‘Two Foot Cow’ dance. 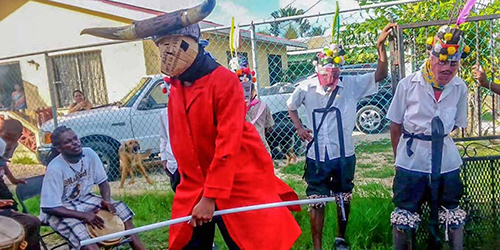 “The CHARIKANARI “Two Foot Cow” is a fun dance involving a man dressed in a cow-shaped face with a larger-than-life rear end added on to emphasize the dancing movements. It is a mocking dance of the past slave owners’ attire and mannerisms as they dance throughout the streets. The movements follow a story format where the cow first enters the scene declaring his presence followed by dancing. He periodically intimidates the audience by aggressively approaching them then retreating back into dance.

“This group affair features the traditional drumming of the Garifuna and can be seen throughout the country. If you see a group of dancers call upon them to perform for you; you can then offer water or other nourishments as they continue their journey.”

This New World destination maintains some traditions that feel more ‘Downton Abbey’ than ‘modern America,’ but historic nostalgia and Christmas go hand in hand in Virginia. 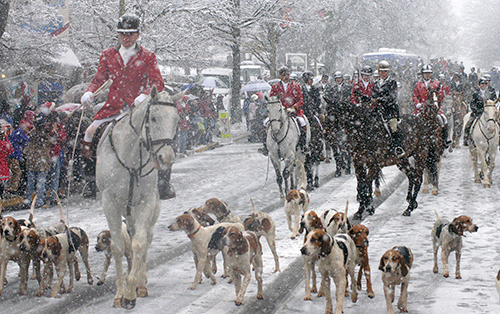 “There’s something magical about the holidays in Northern Virginia as historic towns and centuries-old homes come to life with the spirit of the season. In historic Middleburg, their Christmas parade includes hounds, horses and their riders dressed in red attire march down the streets that are adorned with antique ornaments and twinkling lights.”


Florida – Feeling the Heat at Christmas

When the coast is your calling card, Christmas takes on its own signature style.Kerry Sharpe at Vox International told OpenJaw about two holiday parades that take to the water on Florida’s Adventure Coast from Brooksville to Weeki Wachee.

“On Florida’s Adventure Coast, two boat parades are planned. The first starts at the Hernando Beach Yacht Club. From there, festively-lit boats of all types and sizes will cruise up and down Hernando Beach canals. During the Weeki Wachee River Boat Parade, a variety of decorated vessels will cruise to Bayport Pier and back.”

In Miami, Christmas takes a walk on the wild side. 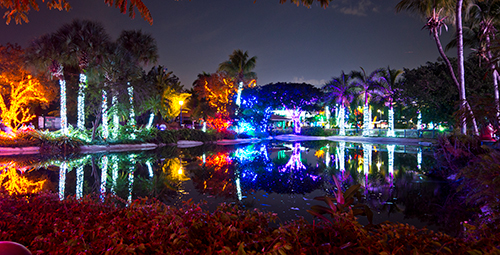 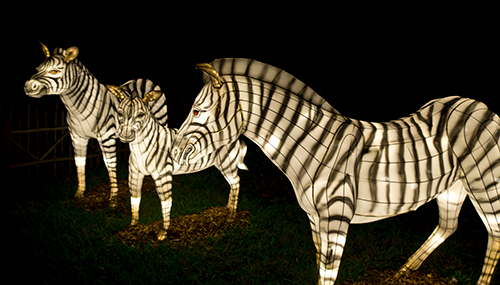 “Kids can write letters to Santa, indulge in cookies and hot chocolate, enjoy arts and crafts activities and embark on a river ride. Jolly old Saint Nick—along with plenty of zoo animals—make appearances throughout the evening.”

According to Kerry at Vox, locals and visitors, “Ring in the New Year at a free block party along Main Street. It is known for dropping a bright, decorative pineapple at midnight. Festivities include amusement rides, multiple live music stages, beer and food vendors within walking distance of Main Street. The lighted pineapple hangs from a crane above the festivities all night until it is lowered during the ten-second countdown to midnight. Then, a spectacular fireworks display explodes along Sarasota Bay for thousands to marvel and applaud.”

Hawaii – Christmas in the Surf

“Santa has been known to surf his way to shore aboard an outrigger canoe, where he greets the keiki (children) and hands out gifts on the beach at several locations including the Outrigger Waikiki and Halekulani Hotel in Waikiki (Oahu) and the Makena Beach and Golf Resort on Maui.”

And of course, what would Christmas be without Hawaii’s addition to the Christmas music channel? Even the Scrooges among us can’t help but smile when they hear ukuleles begin the tune of ‘Mele Kalikimaka’.

“This is the Hawaiian way to say Merry Christmas and is also a popular Christmas song, with versions by Bing Crosby, Bette Midler, Don Ho, and countless others.”