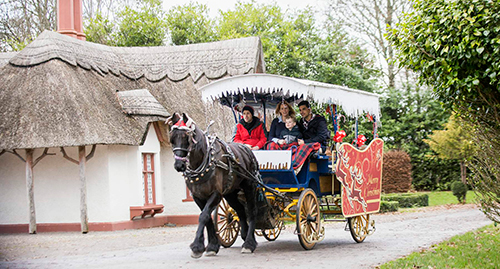 OpenJaw asked our Tourism Board friends to describe their favourite local holiday traditions, and we were overwhelmed with responses. We hope you enjoyed some festive cheer as we’ve shared treasured experiences and signature celebrations over the last few days before the Holiday break.

So much of the tapestry of our modern day celebration of the season was woven from Queen Victoria’s husband’s German influences, along with ancient winter traditions throughout the British Isles, as the song “The Holly and the Ivy” suggests.

With cultural references to Christmas from Dickens to Downton Abbey saturating our collective psyche, you’ll identify with these traditions and tales from our friends at Visit Britain, Visit Scotland and Tourism Ireland – with a few twists that may surprise you.

“My father’s family was originally from Kent, so lots of English holiday traditions,” Cathy Stapells from VisitBritain tells OpenJaw. “There’s so much to do in Britain around the holidays including visiting the Christmas markets. My favourites are in Bath, Manchester and Edinburgh. Really enjoy visiting all the different stalls and speaking with the vendors. Everyone has a wonderful story and the products are local.” 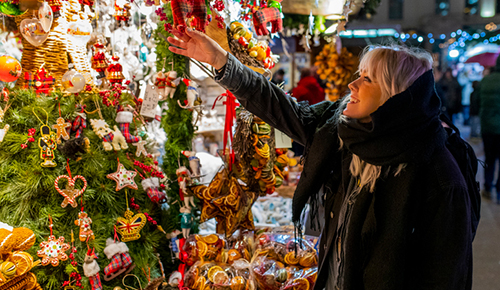 And there’s nowhere like Britain for decking the halls. “The stately homes and manor houses are beautifully decorated for the holidays with garlands and lights. Twice I’ve visited Blenheim Palace in December to see all of the amazing holiday decorations. The gardens are illuminated with thousands of lights and seasonal displays. It’s just magical. And London just glows for the holidays with all of the light displays on Regent and Oxford Streets, and in the Carnaby Street district.”

VisitBritain explains that our concept of the Christmas tree itself originated from Windsor Castle, where Queen Victoria and her husband Prince Albert spent Christmas. From there, it ‘went viral’ – 19th century English style.

So you could call Windsor Castle ‘ground zero’ for English Christmas, and every year, the halls of Windsor Castle are decked out for the season – including a magnificent Nordmann Fir tree in St. George’s Hall that takes 13 hours to festoon with lights and gilded decorations to become the centrepiece of festive décor. You can get into the Christmas spirit by watching a 30-second timelapse video of all 13-hours of the tree being decorated.

“Trimming the tree was always a highlight,” reminisces Cathy, “along with my grandmother’s mince tarts – I can still smell all the delicious spices. And every year I make her recipe for spiced nuts and pretzels.”

According to Tourism Ireland, Christmas trees are new on the scene on the Emerald Isle, where, according to ancient tradition, local holly and ivy were used to brighten homes during the dark winter months. Early Celts believed mistletoe had terrific healing powers, and today, hanging mistletoe in Irish doorways is a symbol of peace and goodwill – not necessarily an invitation to kiss!

“Another favourite tradition - more poignant now than ever - is the custom of placing of a candle in the window on Christmas Eve, a symbol to welcome strangers and to remember  those who are far away from home,” adds Sandra Moffatt of Tourism Ireland.

But her favourite tradition has more modern - and daring! - flavour.

“The ‘Santa Swim’ on Christmas morning is my number one tradition. Wild swims take place all over Ireland on Christmas day, but most famously at the Forty Foot in Dublin, my hometown. The Irish Sea is usually around 10C at this time of year - so it’s a refreshing way to start the day!”

Sandra does suggest you give your blender a break from healthy shakes and put a festive smile on your face with this recipe from Tourism Ireland.

“I also thought you might like this video; how to make Irish Cream at home, just in time for the holidays!”

The big event in Scotland comes after Christmas.

“Hogmanay is what we Scots call New Year’s Eve and it is quite the party across the whole of Scotland!” explains Keith Campbell, of VisitScotland.

“One of my favourite traditions around Hogmanay is the first-footing which is all about ensuring good fortune for the year ahead. In my home town of Caithness in the North Highlands, after the bells chimed for midnight, we would take a piece of coal to the first house we visited and place it on the fire for good luck.

“To keep in line with the tradition the first-footer should be a dark-haired male (I am) which is believed to be a throwback to Viking days when blonde strangers arriving on your doorstep meant trouble… The first-footing is one of many great traditions that continue across Scotland for Hogmanay.” 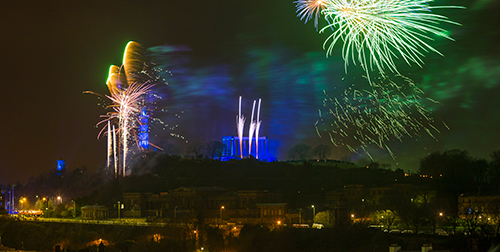 “While on a typical New Year’s Eve in Edinburgh crowds would head to the city’s main street, Princes Street, for an evening of live music, entertainment and fireworks, I like to bring in the New Year at Inverleith Park with friends,” VisitScotland’s Jessica Rideout tells OpenJaw.

“Inverleith Park is a tradition for many as the views across the city are quite spectacular on any day of the year but even more so on 31st of December. It is the perfect spot for taking in uninterrupted views of Edinburgh Castle and the magnificent New Year’s Eve fireworks to welcome in the New Year. Gathering there with friends is certainly something I’ll miss this year but it will be all the more special when we can do it again in 2021!”