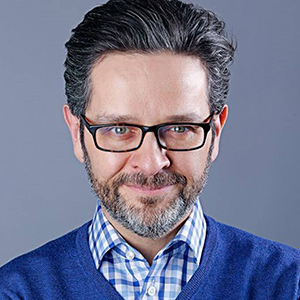 It’s rare that an American cruise line appoints a Canadian based in Canada to a senior executive position, but that hasn’t stopped Norwegian Cruise Line from naming Derek Lloyd as its new VP Sales for North America, effective JAN01, 2021. Based out of Toronto, Lloyd previously held the position of National Director of Sales, Canada with the Miami-based cruise company which underwent a restructuring last May.

"As VP of Agency Sales, I am 100 percent focused on our travel partners. We're only successful when they’re successful,” Lloyd told Open Jaw. “One thing that I think that 2020 has really done for a lot of consumers is emphasized the value of the industry as a whole - we all heard story after story of Canadians who were assisted at various points during the pandemic.”

While it may be rare to see a Canadian being named to a North American role in a cruise line, Lloyd said it’s not unheard of and listed examples like Justin French from Carnival and Michelle Sutter at Holland America.

“I think that ‘growing up’ in the Canadian travel industry gives one some advantages. Our market has a lot of complicated models that you don’t see as much of south of the border,” he said citing examples such as large wholesalers with their own aircraft, extremely large brick-and-mortar agency groups and vertical integration that, while common in Europe, is rare in the United States.

Lloyd doesn’t think that reliance on advisors is going to change in the near future, saying that clients are going to want more hand holding and are going to depend on the agency community to make sure that they have all the information they need such as vaccine options, testing protocols, entry requirements and cancellation policies, to name just a few.

“A good travel agent will need to make sure that not only do they know all of these details from each supplier, but that they’re matching those to the needs of their customers,” said Lloyd

Lloyd admitted that 2020 brought a lot of turmoil to not just the cruise industry, but the travel industry as a whole and has forced NCL to make changes, many specifically designed to support the company’s travel partners

“Previously, our sales team had to somewhat be a jack-of-all-trades, not always able to devote as much time with the selling agents as they wanted to,” said Lloyd. “To help with that, we’ve created a number of specialized positions where we really have subject matter experts supporting each model.”

As an example, he said that they now have a position that is entirely focused on their wholesale partners, which will allow them to assist with their unique needs, and be better aligned moving forward.

In terms of NCL’s Canadian organization, Lloyd mentioned some of the other adjustments they have made. As of October, the company’s entire Canadian field sales team now reports to Brian Holmberg, their Director of Sales based in Seattle.

“As we come out of 2020 and look forward to getting back to normal, we’ll look at tweaking and making adjustments,” said Lloyd. “One of the things I love about Norwegian is that we’re nimble and not afraid to make changes.”

Lloyd is optimistic that Canadians will be boarding cruise ships soon, adding that NCL has six new ships set to launch in 2022.

“Travel is part of our lives here in Canada, not just because we have to suffer through -30 degrees in the winter and need to get somewhere warm, but also because we’re curious about the rest of the world,” said Lloyd. “I firmly believe that we’re going to see people travelling again, just as much as they were before, and hopefully soon.”

He thinks that travel advisors will have a crucial role to play in getting people cruising again.

“We need them to explain the value and safety of cruising,” he said. “When consumers have missed a summer’s worth of travel, they’ll want to make it up by seeing multiple places in a single trip, something that is of course one of the main selling features of cruising.”

Lloyd began his cruise career with Norwegian in 2006 when he joined as director of business development for Canada and the Northeast U.S. After nearly a decade with NCL, he moved on to hold a variety of senior positions for Quark Expeditions, Vantage Deluxe World Travel and Silversea Cruises before returning to the company where he began his career.