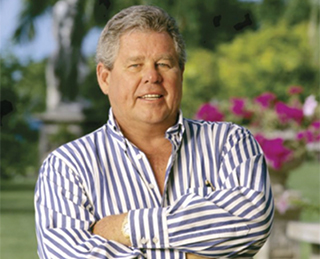 Travel pioneer and Sandals Resorts International founder Gordon ‘Butch’ Stewart passed away on 04JAN, 2021 in the United States after a short illness. He was 79.

Open Jaw reached out to the industry to share thoughts on the loss of a tourism pioneer and legendary entrepreneur.

"I am devastated by the passing of the honourable Butch Stewart," TPI CEO Zeina Gedeon told Open Jaw.

"He was a man larger than life, an amazing friend, great father, fantastic grandfather and entrepreneurial boss. He was all that and more to so many people. He was passionate about always making things better for his hotels, his country and his Caribbean. He has left a legacy that will honour him through Adam, the family, the foundation. He is gone, but he will never be forgotten."

Nino Montagnese, Vice President of Air Canada Vacations, said: "I’m shocked by the news. He was not only a true partner, but a true friend and someone our industry and I, personally, could always rely on. Mr. Stewart will be missed terribly. My condolences go to his family and everyone at Sandals. Air Canada Vacations will miss you. Rest in peace."

Open Jaw President, Nina Slawek, had the privilege of meeting the hotelier on several occasions.

"When 'The Chairman' entered the room, the energy shifted. The Sandals staff at the properties were in awe of the founder. We in the industry have lost a unique entrepreneur and powerful personality who made an indelible mark on the ITC landscape," said Slawek.

The Jamaica-born entrepreneur grew up along the north coast of the country, where he adopted his nickname, given to him by an American sailor. He is best-known for founding Sandals Resorts, the largest hotel chain in the Caribbean and sister-company, Beaches Resorts. He also led the ATL Group, comprising the Jamaica Observer, one of the country’s leading newspapers, and ATL Appliance Traders, a chain of domestic and commercial appliance outlets found throughout Jamaica.

He is known as one of the most successful Jamaican businessmen ever, with a fortune running to hundreds of millions of dollars.

Since he launched Sandals in 1981, he continued a steadfast expansion of the brand, growing it to 16 properties in eight Caribbean destinations. The company recently announced plans to expand into Curaçao, marking its ninth country in the Caribbean.

Stewart leaves behind seven children and his wife, Cheryl.

“It is with great sadness that I share with you today the passing of my father, Gordon ‘Butch’ Stewart," said one of his sons, Adam Stewart, in a letter. Adam has served as CEO of Sandals Resorts International since 2006.

“This news seems almost unbelievable, since he was as involved and forward-thinking as ever. He chose to keep a very recent health diagnosis private and we respected that wish," Adam continued.

“The Hon. Gordon ‘Butch’ Stewart OJ, a distinction he was so proud of, was a gifted entrepreneur. He was a marketing genius and talented showman, but those who knew him best recognised that he was a dreamer who could dream bigger and better than anyone.

“My dad lived a big life – husband, father, grandfather, great grandfather entrepreneur, statesman, dreamer. A singular personality and an unstoppable force who revelled in defying the odds, exceeding expectations and whose passion for his family was matched only by the people and possibility of the Caribbean, for whom he was a fierce champion.

“There will never be another quite like him and we will miss him forever.”