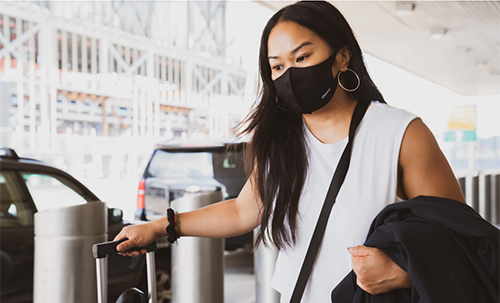 Photo by Atoms via Unsplash

While much attention is being paid here in Canada about a new regulation requiring inbound travellers to require a negative PCR test, other nations have already adopted similar measures or are considering doing so.

In the United Kingdom, which is undergoing a COVID surge and imposing stricter lockdowns, the government is considering adding a PCR test for incoming travellers on top of their mandatory 10-day quarantine. There is some talk that the test may only be required for visitors and not British nationals.

In neighbouring Ireland, the government agreed Tuesday to introduce rules that would require incoming passengers to show negative COVID test results when boarding, but said airlines would only have to check the documentation and not police it, meaning people could still enter the country without the required papers, but could face fines or detention upon arrival.

Once the rule is introduced, Ireland will lift its travel bans on the U.K. and South Africa which have been hard hit by a new, more transmissible strain of the coronavirus.

Earlier this week, Airlines for America, an organization representing the largest air carriers in the U.S., backed the idea of requiring all incoming passengers provide proof of a negative COVID test if the government would lift current entry restrictions on travellers from Europe, the United Kingdom and Brazil as soon as possible.

Colombia had lifted PCR test requirements for travellers in November, but just this week reintroduced regulations requiring passengers to prove they have tested negative and Turkey last month joined the growing list of countries asking for negative PCR test results.

Travellers to the Caribbean are already familiar with COVID tests as numerous island nations are asking for negative results for visitors including Antigua and Barbuda, Aruba, Bahamas,British Virgin Islands, Dominica, Guadeloupe, Jamaica, Puerto Rico, St. Barts, St. Lucia, St. Vincent and the Grenadines, Turks and Caicos and the U.S. Virgin Islands. Some neighbouring nations only require you to test negative within a few days of arrival such as Barbados, Bermuda, Curacao, Grenada, St. Kitts and Nevis and St. Maarten/St. Martin.

Cuba, one of the most popular sun destinations for Canadian visitors, introduced proof of a prior negative PCR test for incoming travellers as of January 1, but has excluded Canadians from that list.