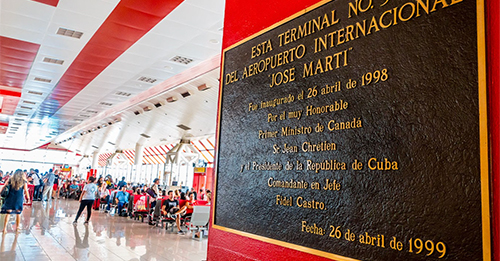 Airlines have begun the painful process of turning away Canadian pax from boarding aircraft for failing to provide negative PCR test results 72 hours prior to departure that have been mandated by the federal government.


Canada's travel industry had hoped for a last-minute extension to new COVID-19 testing requirements in order to adapt procedures in destination. "Our concerns over the past several days have not changed — we did not believe we would have sufficient time to successfully implement the program. The government obviously has concluded otherwise so we are continuing to do all the work we can to try to implement the policy as effectively as possible," stated the NACC's Mike McNaney.

WestJet denied 10 passengers from boarding a flight from Cancun to Calgary Thursday because they did not have test results in hand.

The Globe & Mail reported that the passengers presented results from antigen test results instead of the required polymerase chain reaction (PCR) test.

A spokeswoman for the company told Reuters that the "situation further highlights the challenges travellers and our operations are facing" from the new rules.

Airline staff helped them obtain the proper tests and rebooked them on a later flight.

In the same Reuters report, Air Canada spokesperson Pascale Déry said, where possible, it is helping passengers find locations to be tested.

"As expected, we are experiencing some challenges with customers who have not met the new government testing requirements," said Déry.

Other Canadian carriers have also turned back passengers, reported The Globe noting that Air Canada had to rebook some customers and help them get tested.

“Overall the operation is running well but, as expected, we are experiencing some challenges with customers who have not met the new government testing requirements,” Air Canada spokesperson Peter Fitzpatrick told The Globe.

Tour operator Transat had to deny a Montreal-bound passenger coming from Cuba because they did not have a PCR test in hand, company spokesperson Christophe Hennebelle said in the same report.

“We are tackling the issues destination after destination, flight after flight,” he said. “Our teams are doing a wonderful job, and I think we will avoid the worst. But there will be some stranded passengers, unfortunately – a little bit more heads-up and co-operation may have helped prevent this,” she said.

One British Columbia man stranded in Nevada told Global News that it would take at least five days to get test results in the area he is staying and said he doesn’t know how he can get home. The new regulation does provide a window of up to 96 hours for some destinations where testing may not be as readily available.

In light of the new restrictions and the federal government's renewed calls for Canadians to postpone non-essential travel, WestJet announced further cuts to its schedule Friday.

The company stated that the reduction in the number of flights would affect the equivalent of 1,000 employees who would be impacted through a combination of furloughs, temporary layoffs, unpaid leaves and reduced hours. The WestJet Group of Companies will also institute a hiring freeze.

Canada is one of a growing number of nations, including Germany, Spain, France and, soon, the United Kingdom, that now require proof of negative PCR tests before arrival.