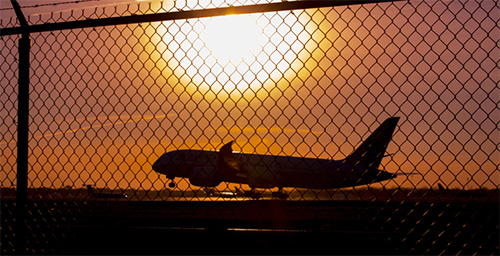 Prime Minister Justin Trudeau said on 08JAN that Ottawa is in discussions with Canada’s struggling airlines over how the federal government can best support them during the ongoing coronavirus pandemic, especially now that a newly-mandated COVID-19 PCR testing regulation further depresses demand.

While speaking with reporters Friday, Trudeau hinted that direct aid might be forthcoming if the airlines would protect regional routes, many of which have been suspended during the pandemic, and reimburse passengers for cancelled flights.

On Friday, WestJet announced that it was cutting several more routes and eliminating roughly 1,000 jobs through layoffs, furloughs and other reductions, directly blaming the move on Ottawa’s new COVID-testing regime.

The International Association of Machinists and Aerospace Workers said Friday that Air Canada has put an unknown number of its employees, primarily in Atlantic Canada, on “off-duty” status, according to a Global News report.

In the same report, aviation consultant Rick Erickson said he couldn’t understand why the federal government hasn’t done more to help Canada’s airlines, especially when all of their international competitors have been bailed out by their own national governments.

“At some point we have to ask: how much more can they cut?”
said Erickson. Adding that “We were in crisis before.
I think we’ve now taken a step into another new solar system of crises.”

It’s not just airlines that are affected by Ottawa’s latest moves, but the entire ecosystem of companies and individuals that support them, especially travel advisors, many of whom have reached out to Open Jaw since the testing regulations came into force last week. Prior to the Christmas holidays, with the news of incoming vaccines, many said there was a glimmer of hope and several were reporting a steady trickle of new business, but the 72-hour PCR testing requirement has poured cold water on that revival and caused new bookings to come to a screeching halt.

And as go the airlines, so go the nation’s airports. For example, Regina Airport is expecting to run out of money this month while hoping to ride out the rest of the pandemic on a line of credit. YQR president and CEO James Bogusz told CJME that time is running out to get more aid from the federal government “We’ve made a lot of cuts to our operating line, we’ve laid off 30 percent of our staff, we’re sitting here right now and our money’s running out in the month of January. We’re really coming to the end," said Bogusz.

Cheryl Awada - January 12, 2021 @ 05:48
Your OpenJaw Report is so well-written and informative. It is very much appreciated. Hopefully, you will very soon be reporting good news re our industry. Thank you very much.