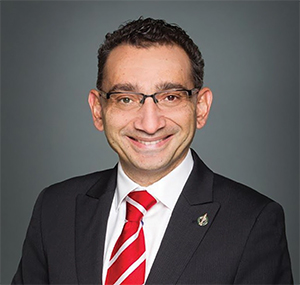 Garneau will take over the Global Affairs portfolio from François-Philippe Champagne who is replacing Navdeep Bains as head of Innovation, Science and Economic Development. The shuffle was sparked by Bains’ announcement that he is leaving federal politics and has prompted speculation that the Liberal government is considering a spring election.

During a press conference after his appointment, Alghabra was asked if cabinet would approve an Air Canada takeover of Transat AT before Air Canada President and CEO Calin Rovinescu retires on 15FEB. Alghabra said he couldn’t give an answer, but said would begin working on that and other pressing transport issues immediately after the virtual call with reporters.

"While we wish we could welcome Minister Alghabra under far less dramatic circumstances, the reality is tens of thousands of aviation employees have lost their jobs, billions of dollars in aircraft are parked and out of operation, and market capacity has been reduced by more than 80 per cent as carriers struggle to provide some level of service, and yet maintain financial viability," said McNaney in a statement.

McNaney reiterated that Canada’s major airlines are still operating during the pandemic without sector-specific aid and are consequently losing market share to foreign competitors who have received strong sectoral support from their own governments.