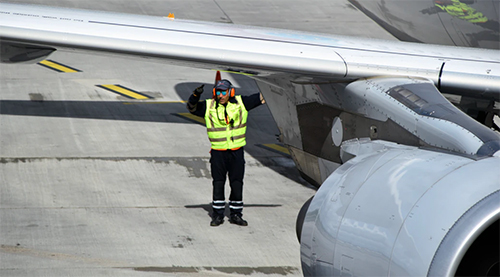 Canadian airline unions are renewing their call for the federal government to provide sector-specific financial support to the nation's airlines, commensurate with the contribution made by other countries.

In a joint statement, the unions say they were initially encouraged by then Minister of Transport Marc Garneau when he publicly committed on 08NOV, 2020 to work with airlines on developing and finalizing an aid package. They were equally encouraged by a subsequent acknowledgement from the Finance Minister in the Fall Economic Update, but now, 10 weeks after the ministers’ comments were made, there has been no indication that aid is forthcoming and airline workers are growing concerned.

On 12JAN, Omar Alghabra took over the Transport portfolio as Garneau was named Canada's foreign minister.

"Canada's airlines are a critical element of Canada's infrastructure, including essential travel and transport of COVID-19 vaccines and other critical items such as PPE. Asking Canada's airlines and airline workers to keep this vital infrastructure operational during this current crisis period without significant federal support is untenable," said Rob Giguere, CEO, ACPA.

"On behalf of thousands of airline workers across the country, we urge the incoming Minister of Transport and the airlines to do whatever it takes to come to a deal so they can support Canadian aviation workers in the same way other countries have done."

According to the associations, airline workers are not part of the negotiations that the government says it is engaging in with the airlines. The associations are urging that negotiations ensure benefits are set to flow to workers.

"Our government and airline leaders need to make a deal," said Russ Williams, President of the Canadian Airline Dispatcher Association. "The longer it takes, the more our workers are paying the price – as every day more routes are cancelled, more jobs lost, and any potential future recovery looks to be years away."

Given the lack of aid, the airline worker associations said it was "disturbing to learn that other state-sponsored international airlines were able to avail themselves of both governmental aid in their home jurisdiction as well as the Canada Emergency Wage Subsidy (CEWS) for their Canadian-based employees."

Unifor president Jerry Dias said while the federal government's move to support foreign carriers may technically fall within the rules of the CEWS program, "it represents an additional blow to the domestic carriers and the entire aviation industry. It should be a very clear matter of public policy that Canada should place the needs of our country and our airlines first. That this has not occurred is made worse by the fact that many of these foreign carriers have already received direct bailouts from the governments of their respective countries."