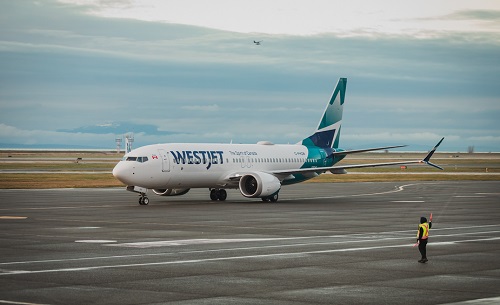 WestJet is the first Canadian carrier to resume passenger service aboard the MAX with the departure of flight WS115 from Calgary to Vancouver on 21JAN. A second flight from Vancouver to Calgary followed later that day.

"The return of WestJet's MAX aircraft to the fleet marks an operational milestone after 22 months of intense review," said Sims. "WestJet's preparation, training processes, due diligence and safety above all philosophy drives our confidence in welcoming guests on board our MAX aircraft." 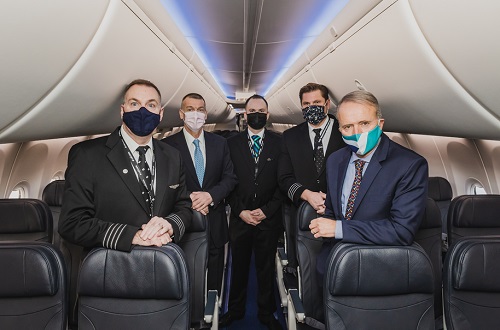 Passengers aboard the first flight weren't overly concerned about the plane's safety, saying they trusted that regulators had addressed any issues with the aircraft, a Canadian Press article reports.

“It’s interesting to be the first one on it, but I’m not too concerned,” Chloe Marshall told CP. “I think they have protocol in place and they know what they’re doing, so I just trust the process."

Passenger Lowell Van Zuiden pointed to the lengthy review process in explaining why he had no concerns about boarding.

"I suspect that they’ve probably gone through about as much certification, checking, and everything else as they possibly can, so I’m not worried about that," Van Zuiden said.

WestJet is allowing passengers to change their flight to another plane free of charge. Air Canada, which plans to start flying the MAX on 01FEB, will have a similar policy in place.

WestJet will now operate three weekly round-trip flights between Calgary and Toronto using the MAX, while Air Canada will use it on select flights between Toronto and Montreal, Halifax, Ottawa, Winnipeg and Edmonton when it returns the plane in FEB.

WestJet announced on 06JAN plans for its “phased and transparent” approach to the return the Boeing 737 MAX to service. The airline created several resources aimed at restoring consumer confidence in the MAX, including a behind-the-scenes video looking at the pilot and maintenance team efforts that went into safely returning the aircraft to the skies.