Manitoba Lockdown: Mandatory 14-day Quarantine for Anyone Entering the Province 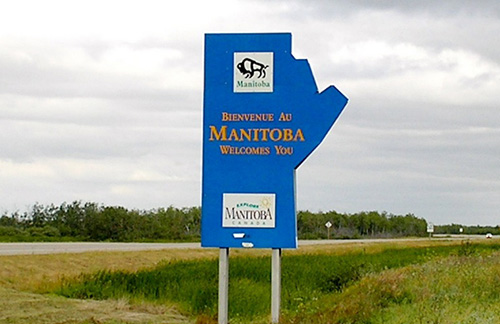 As a way to restrict non-essential travel to Manitoba, anyone entering the province by land or air will have to self-isolate for 14 days Premier Brian Pallister announced Tuesday.

The travel restriction comes into effect as of Friday and will apply to visitors to the province and returning Manitobans, with the exemption of essential workers.

"These measures are necessary to protect us from a more deadly version of the coronavirus that is not, as some would sadly hope, a short-term thing," said Pallister.

Opposition NDP Leader Wab Kinew supports the premier as does Liberal Leader Dougald Lamont, although he would like to see more testing for people travelling interprovincially.

"Even if we close the borders, there are still going to be people coming through," said Lamont such as flight crews, truckers and other essential workers who are exempt from self-isolation measures.

The new rules would not ban inter-provincial travel, but instead act as a deterrent to non-essential visitors. The move comes after British Columbia had considered a total ban on domestic visitors to that province, but Premier John Horgan said the province’s lawyers concluded they could not legally do so.

“The review of our legal options made it clear we can’t prevent people from travelling to British Columbia. We can impose restrictions on people travelling for non-essential purposes if they are causing harm to the health and safety of British Columbians,” said Horgan.

The British Columbia Hotel Association had voiced its strong opposition to the idea of an inter-provincial travel ban saying that it was “difficult to implement because the Supreme Court of Canada has held that Canadians’ mobility rights are among the most cherished rights of citizenship that are fundamental to nationhood.”

“Industry leaders have repeatedly emphasized that travel is not the culprit for the spread of COVID-19, but rather individual behaviour,” the organization had said in a release.

Despite the association’s opposition to the idea, a recent online survey showed that there is strong support amongst Canadians for restrictions on non-essential inter-provincial travel during the pandemic. Up to 80 per cent of Canadians support such measures with 70 per cent wanting restrictions within their own provinces.

In the early days of the pandemic, Atlantic Canada restricted entry to the region from other parts of Canada.