UK Imposes Hotel Quarantine For Some Travellers; Canada Still On The Fence 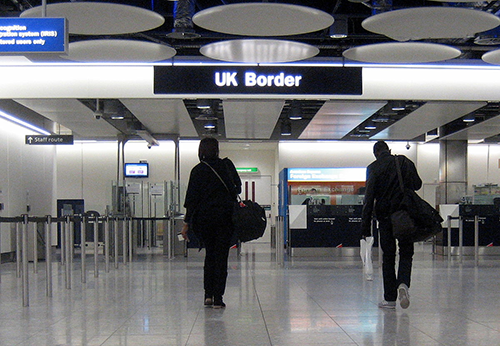 After days of rumours, the U.K. government has announced that it will introduce an Australian-style quarantine for arrivals from 30 "red list" countries.

Canada is not on the U.K.’s list of high-risk countries, which mostly consists of nations where new strains of COVID-19 are emerging, including nations in South America, Central and southern Africa and British holiday hotspots like Mauritius and The Seychelles.

As part of the plan to control COVID spread in one of the European countries hardest hit by the virus, the United Kingdom will refuse entry to non-residents travelling from destinations in the red list, while British citizens and permanent residents will be immediately transferred from the airport to government-provided accommodation for their quarantine.

"I want to make clear that under the stay-at-home regulations it is illegal to leave home to travel abroad for leisure purposes and we will enforce this at ports and airports by asking people why they are leaving and instructing them to return home if they do not have a valid reason to travel," said Prime Minister Boris Johnson.

The Canadian government has dropped hints for several days that it is also considering a mandatory hotel quarantine stay, something that the premiers of the country’s largest provinces have been urging.

Much of the Canadian travel industry is against the idea, urging instead for improved testing and tracking of travellers.

The idea of hotel quarantines in Canada also doesn’t sit well with all travellers. The Montreal Gazette canvassed Quebecers flying out of YUL Tuesday afternoon, and many were worried about a potential change in COVID-19 measures while they are away.

Quebec Premier François Legault has been calling on Ottawa to implement a mandatory 14-day hotel quarantine for travellers returning from abroad, at their own expense.

“I’m terrified of that prospect,” said Lacey Dumler, who was flying to Kansas to see her ailing father.

Pierre Georges, who returned to Montreal from a trip to Los Angeles to visit his elderly mother, isn’t against the implementation of stricter measures “as long as there’s a fair amount of advance notice so people can choose to travel or not.”