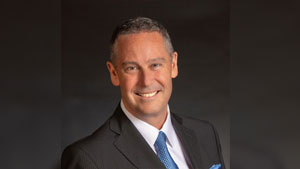 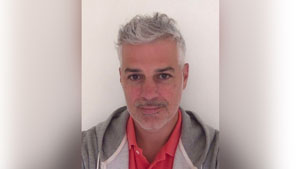 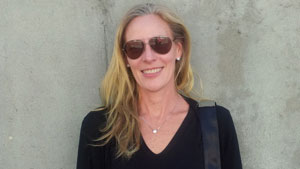 While the travel community has been left reeling by the latest travel restrictions imposed by Ottawa last week, some say they should have been done much earlier and question their usefulness now.


“There has been literally nobody I have spoken with in the past 10 months who didn't say many months ago that lockdowns and isolation should have been done way back when,” David Harris, CEO of Ensemble Travel Group, told Open Jaw.

“Had there been strict, responsible measures taken closer to the onset, even one to three months after the onset, we would not be dealing with case count escalations and mortality rates that have been climbing. And, the government would not have plunged us even further into debt - a legacy that our children will be paying for the rest of their lives.”

Harris said that the travel industry has made it clear to all levels of government that it is most affected by these lockdowns and that it urgently requires significant assistance.

“The news is clear, travel is not allowed and again, this is not what I oppose. What I oppose is the turmoil and hardship that has been unnecessarily and unfairly thrust upon hard-working, intelligent people who are literally on the brink of financial ruin,” he said.

When we contacted luxury agency, Zebrano Travel, owner Wendy Davis, she also questioned the timing of the new restrictions, but hoped that they could bring Canada a little closer to conquering the pandemic.

“If we get to a place where we can open our country, then I’m okay with these new measures,” said Davis, citing the examples of Australia, New Zealand and Hong Kong which have strict quarantine measures in hotels and mostly have COVID under control.

“The problem has been not understanding the overall plan for Canada and what happens if cases rise. Locking down after the December holidays, versus before, set us up for where we are now.”

Jason Sarracini of Sarracini Travel (now Managing Director of Omega Tours), added his voice to those who believe the lockdown measures are too late.

"They should have shut everything down in the fall. The difficulty has been the choppiness of all the decisions," he said, but believes that the airlines’ agreement with Ottawa is an indicator that some kind of assistance is forthcoming to the industry.

“I believe this 'sun shutdown' is a precursor to Canadian aviation support from the government,” he said.

Several media commentators also questioned the timing, and even the logic, of Ottawa’s new travel restrictions.

"So, let me get this straight, as of Sunday I can’t fly direct from any Canadian airport to Mexico or the Caribbean but I can still fly to London, England or Johannesburg, South Africa without a problem?" wrote Brian Lilley in the Toronto Sun who asked why one could not fly to Cancun but could fly to the hotspots of the variants we are so worried about.

The National Post’s Matt Gurney thought the move to restrict flights to the south and quarantine travellers was the correct one, but wrote that it should have been done earlier in the pandemic.

“It should have been done a long, long time ago, and whatever benefit we might realize from the effort will be dampened for our foot-dragging,” he wrote.

Evan Frank - February 1, 2021 @ 15:14
Too little too late!
The constituion of Canada clearly outlines separation of church and state, however, the Prime Minister of Canada and the Premiers of the 2 largest provinces (population) ON & QC insisted on catering to one specific religion by delaying the lockdown to 26DEC. Instead of letting science determine what actions should be taken, they contributed greatly to the disastrous surges of infections and deaths by giving this group the option to celebrate.
There was no special treatment given to any other religious or cultural groups of our population.
It is clear that surges are occuring due lack of avoiding distancing (ie...socializing) as opposed to cases entering from abroad.

Assuming a government agency will be administering the upcoming 3 day confinement, the $2000 cost will make considerable profits, whereas travel agents could readily put such a program together for considerably less.