Canada to Require Negative COVID-19 Test at Land Border as of 15FEB, Warns of $3,000 Fines 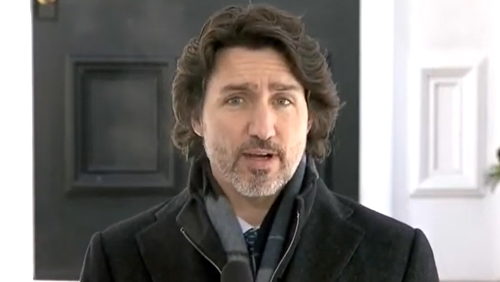 As of 15FEB, non-essential travellers entering Canada through a land border will need to show a negative COVID-19 PCR test taken within 72 hours of entry, just like for air travel, announced Prime Minister Justin Trudeau Tuesday morning. Those who do not comply face stiff fines of up to $3,000 per person.

The Prime Minister noted Canada cannot refuse entry to Canadians crossing at the land border, including the many snowbirds in the U.S., even if they do not have the required COVID-19 test requirements. But it can issue penalties for non-compliance.

“It is not legal to refuse entry to any Canadian who wants to come home, and that's something that is the major difference between land borders and air borders. You can prevent someone from boarding a flight in Miami or elsewhere, you can't prevent someone who's standing at a land border crossing from entering Canada because technically they're already on Canadian soil when they're speaking to that customs officer,” Trudeau said during a media appearance in Ottawa.

“What we can do in cases of no test to show is apply a stiff penalty and ensure a rapid and complete follow-up to make sure [the travellers] are getting tested, that they are being properly quarantined, and that they are not putting at risk the safety of other Canadians by returning home without a clear negative test.”

Trudeau also hinted there may be additional measures announced for travellers at the land borders, with further announcements coming “in the next few days.”

The government began requiring all air travellers to Canada to show a negative COVID-19 PCR test in early JAN. Those landing by plane will soon need to pay for a test conducted on-arrival at Canadian airports, as well as self-isolate in a federally-mandated facility for up to 72 hours at their own expense.

It is still not clear when these new measures come into place.