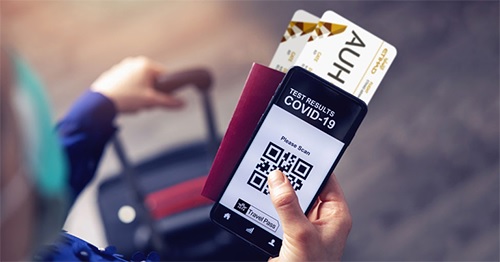 Even as a growing list of nations begins to recognize COVID-19 vaccination passports as a way to not only reopen to international travellers, but also to allow their own citizens to travel freely within their own borders, the concept remains controversial.

Iceland recently became the first country in Europe to issue and recognize COVID-19 vaccination certificates. Denmark and Sweden are expected to soon follow, and the United Kingdom is also getting closer to confirming the use of vaccine passports for international travel, despite previously ruling out the adoption of such technology.

So far, vaccination passports and certificates have been a patchwork of initiatives by different governments and organizations, but the International Air Transport Association (IATA) continues to move ahead with trials of its digital app that allows passengers to securely store and share the COVID-19 vaccine and test records.

About 20 airlines, including Emirates and Etihad, will begin testing the app in March.

The industry body announced its digital health passport in November and believes it will be a vital tool in convincing governments to unlock their borders and allowing “seamless” journeys as flying picks up again.

IATA is not marketing the product directly to consumers, but rather encouraging airlines to incorporate the technology into their own customer apps.

A CBC report draws parallels between Iceland’s efforts to vaccinate the majority of its population by the middle of the year with the vaccination schedule in Canada’s northern territories. Nunavut, Yukon and the Northwest Territories are hoping to do the same, and the possibility of having most of the region’s population vaccinated reduces the likelihood that its limited healthcare system would be overwhelmed by COVID patients. The use of vaccination passports could let them eliminate or reduce quarantines which would let them welcome much-needed skilled labour and tourists.

However, some health authorities say there isn’t yet enough evidence that vaccines prevent a person from carrying the coronavirus and infecting others. Others have raised legal objections over such passports saying that they could be considered discriminatory.