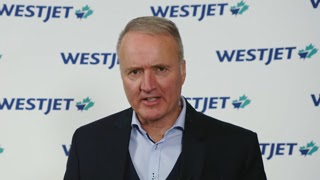 Minister of Transport, Omar Alghabra, announced the approval Thursday evening, with conditions that include encouraging other airlines to take up former Transat routes to Europe, preserving the Transat head office in Quebec and a commitment to 1,500 employees around the new entity's leisure travel business, among others. The acquisition still requires approval by regulators in the European Union.

Sims blasted the government for ignoring advice of its own Competition Bureau, which in MAR 2020 ruled that Air Canada's proposed acquisition of Transat is likely to result in a substantial lessening or prevention of competition in the sale of air travel or vacation packages to Canadians. At the time, the Bureau stated: “Eliminating the rivalry between these airlines would result in increased prices, less choice, decreases in service and a significant reduction in travel by Canadians on a variety of routes where their existing networks overlap.”

Sims said the acquisition is a “serious setback” to Canada’s economy.

"It is hard to imagine a deal as anti-competitive in any industry where the number one player buys number three without meaningful remedies," he said. "The Competition Bureau themselves described such cosmetic remedies as inadequate. Canadians should be profoundly disappointed."

“Unless we want Canada completely controlled by foreign carriers, we have to allow this,” Hunter told the Globe and Mail. “Our main fear is, and what we’ve got to watch out for, is all the European and other international carriers coming in and taking market share away from Canadian airlines. And this is one way to defend them.”