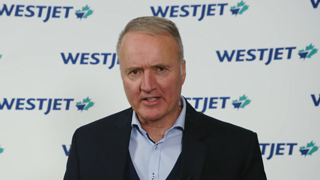 WestJet is temporarily suspending operations from mid-MAR to 24JUN to four cities across Canada as demand continues to falter due to COVID-19. They include: St. John's, NL, London, ON, Lloydminster and Medicine Hat, AB.

"We have continued to operate in the face of uncertainty as domestic and international travel restrictions and quarantines have caused demand to plummet," said Ed Sims, WestJet President and CEO.

"Unfortunately, with new and increasingly restrictive policies, we are left once again, with no other option than to suspend service to these communities."

Sims said testing regulations and quarantine requirements must “evolve based on data and science” adding that WestJet’s ability to return to markets remains directly correlated to government policies and the prioritization of a domestic travel program.

Regional connectivity has become a growing issue in Canada as many smaller Canadian communities have seen a drastic decrease in service since the pandemic began.

WestJet in NOV eliminated at least 100 weekly flights to Atlantic Canada and Quebec City and Air Canada last month said it would further reduce first quarter capacity -- including to cities across Canada -- by an additional 25 per cent.

As a result of the suspensions, WestJet says it will work with newly established third-party service providers in St. John's and London, Ont., and directly with Pacific Coastal Airlines for affected WestJet Link operations in Lloydminster and Medicine Hat.

WestJet continues to operate at more than a 90 per cent reduction year over year. Affected guests will be contacted directly regarding their options for travel to and from the regions.