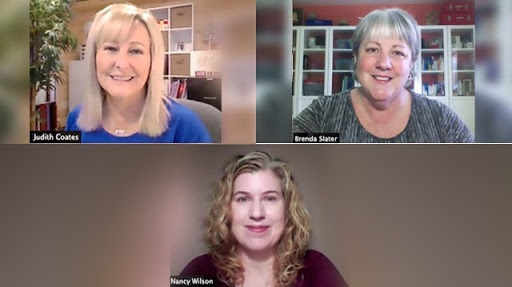 The three travel advisors and co-founders of the Association of Canadian Independent Travel Advisors (ACITA) were “over the moon” last week when Transport Minister Omar Alghabra specifically stated that Ottawa is aware of the threats facing independent advisors and is making the issue a topic of discussion with airlines.

“We are making serious headway being heard and considered for protection. Our community is over the moon that we are being referred to in these meetings and being considered as a part of the airline aid package. These mentions are a direct result of the advocacy that three wee travel advisors with no political experience, and an army of supporters have done. It is simply incredible that we have been able to create this kind of impact for our beloved industry. It makes all of the work we have done for the past eight months, worth it,” the association said in a statement to Open Jaw.

Independent travel advisors Judith Coates, Brenda Slater and Nancy Wilson started ACITA in JUN 2020 to lobby on behalf of advisors who faced the threat of commission recalls if a bailout package for the airline industry was approved. In NOV 2020, then-Minister of Transport Marc Garneau said any airline aid would be contingent on carriers providing refunds to customers whose flights were cancelled as a result of the pandemic.

In his opening address during last Thursday’s Transport Committee meeting, Minister Alghabra said the government is in discussions with the airline sector on a financial aid package, but that it will take time as all parties work towards an agreement and a strategy.

During the question period, MP Stephanie Kusie asked the Transport Minister point blank: “Can you ensure that airlines are not allowed to claw back travel agent commissions as a result of [a financial aid package for airlines]?”

Minister Alghabra replied that “the aspect of independent travel agent refunds or commissions are part of the discussions as we speak.”

Concerning Kusie’s question as to whether an airline bailout plan is coming “imminently”, Alghabra said he was not able to prejudge the outcome, but noted the government is committed to complete the deal “as quickly as possible.” He also reiterated that regional routes, job protection for air sector workers and consumer refunds are critical factors in discussions.

Directing his question to Deputy Minister of Transport, Michael Keenan, PC MP for Barrie - Oro Medonte, Doug Shipley again brought up the issue of travel agent commission recalls. Shipley noted he had a meeting with ACITA that morning.

“This is a group that is hanging on literally by its fingernails. They already lost well over 200 of its independent travel agents, different retail locations. Many of these are sole providers for their families and they’re struggling. They have great concerns about clawbacks and commission recalls. Could we get some reassurance for these hard working Canadians that there’ll be some type of deal made that they won’t have to pay back their commission recalls and clawbacks?” he asked.

In response, Keenan recognized that “the devastating impact of COVID on the air travel industry has hit the independent travel agents hard” and noted that “the particular issue with respect to the impact on travel agent commissions is an issue that the government has recognized as an important one and it is an element in the discussions with the major airlines in terms of a package and a plan on a way forward.”

Bloc MP Pierre-Boucher Xavier Barsalou-Duval asked if there were any guarantees with regard to commission protection for travel agents. Keenan stopped short of making any promises, but reiterated the government’s understanding that “there has been a real impact on travel agents and there are discussions underway with the air companies. That is an issue that is in discussions and included and taken into account in terms of the negotiations with the large airlines on financial assistance and strategy going forward.”