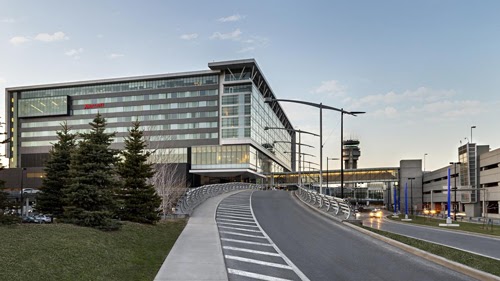 “I think it’s politically popular, and I think it’s stemming from the politicians and health care senior management that were travelling while we were locked down.”

Tripcentral.ca’s president, Richard Vanderlubbe, is just one member of the travel agency community lashing out at Ottawa’s new hotel quarantine regulations. On CBC News’ The National, he called the government’s decision arbitrary and not supported by data. Further, he said the moves were driven by politics and optics.

“I think it has been designed to reduce the amount of travel and it’s done a good job of that, but it’s unfair to the people who are stuck in the middle of it,” Vanderlubbe said.

Instead, measures like rapid testing and contact tracing, for both domestic and international travel “make a lot of sense,” he noted.

Even as Canada’s travel community takes to the airwaves to question and condemn Ottawa’s new hotel quarantine policy that came into effect Monday, at least two groups are already taking the federal government to court, Canadian Press reports.

Non-profit organization Faces of Advocacy, which filed a challenge to the measure in Quebec Superior Court on Monday, calls the strict measures excessive, disproportionate and arbitrary, saying they infringe on the Canadian Charter of Rights and Freedoms.

“This measure contributes to the fracturing of the family unit and isolates potentially vulnerable people far from their families,” the suit claims.

In a statement, group founder David Poon said Ottawa should grant exemptions to the obligatory quarantines to allow those with families to isolate in their homes, which would be safe and more affordable.

The Justice Centre for Constitutional Freedoms says it has received “thousands of emails of outrage from travelling Canadians” since the new rules were announced. In a statement published on its website on 12FEB, the non-profit said it already represents 13 individual applicants in a lawsuit currently underway.

“These citizens are being held unlawfully despite not having been convicted of any offence, not having had access to a lawyer, and not having appeared before a judge. This outrageous policy aligns with the world’s most repressive and undemocratic regimes and is totally unacceptable,” states lawyer and Justice Centre President John Carpay.

“Quarantine, particularly of healthy or asymptomatic individuals, is the functional equivalent of house arrest and the Justice Centre will not allow it to continue unchallenged.”

And at least one lawyer says travellers can’t legally be forced to follow the rules anyway.

CityNews reports one woman walking straight out of Toronto’s Pearson Airport without any enforcement officials getting involved.

Cara Zwibel, a lawyer with the Canadian Civil Liberties Association, told CityNews it would be difficult for the government to forcibly take people to hotels if they refuse to go. Zwibel has been asking Ottawa to provide data on how many travellers have not been complying with the previous 14-day quarantine, but hasn’t received the information. Zwibel says this means the government knows the new rules could be a violation of the Canadian Charter of Rights and Freedoms.