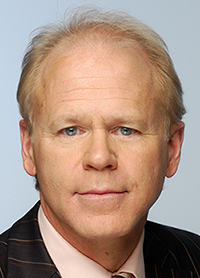 The new carrier, whose launch has been in the works for the past 2 years received Canadian Transportation Agency approval January 20th to operate sked services between the European Community and Canada.

Founded by Canadians and Americans of Greek heritage, SkyGreece’s stated goal is to operate transatlantic flights connecting Greece to the Greek diaspora. And, it was also reported in December 2014 that SkyGreece was planning a 2015 summer season of direct flights between ZAG and YYZ. The airline says news about its plans will be unveiled in the next few days.

Codere joined SkyGreece in February 2014 as V.P. Sales & Commercialization and has played a key role in developing the fledgling airline’s product and commercial strategy.

Before joining the new airline, Codere worked for the Transat Group for 13 years and was V.P. Sales, Commercialization & Development – Europe between 2009 and 2013. His resume also includes positions at Air Canada Vacations in finance, marketing, sales and revenue management.