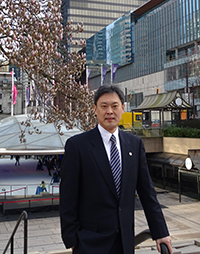 Liu who is fluent in Chinese, Japanese and English has been stationed in Thailand since 2011 as General Manager for CA’s BKK, CNX and HKT operations. H has over 20 years experience with CA including senior management positions in China and in SFO.

CA is a member if the Star Alliance and China’s national flag carrier with a fleet of 523 Airbus and Boeing aircraft operating 332 routes throughout Asia, Australia, the Middle East, Europe, South America and North America. North American gateways include YVR, HNL, JFK, LAX, SFO and IAD.