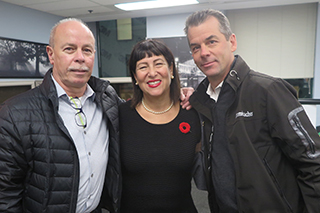 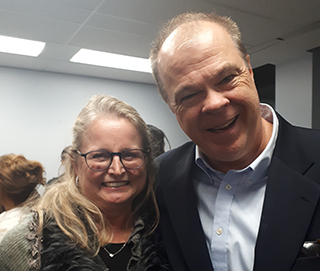 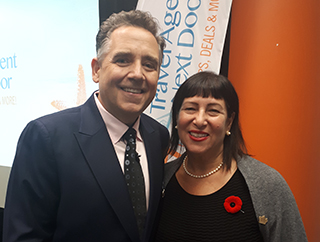 In terms of distance it wasn’t a big move – two floors to be exact – but for The Travel Agent Next Door, shifting its headquarters into larger space in downtown Toronto marked another milestone for a fast-growing host agency.

Key suppliers were invited to view the space and get an update on TAND’s growth from founder Flemming Friisdahl. And the growth has been impressive. The company ended its first year of operation in 2014 with 93 primary agents and 11 associates. By the end of this year TAND expects to have 378 primary agents and 275 associates.

“We will soon be Canada’s biggest host agency in dollar sales,” Friisdahl said.

“Our program works because I spent my whole life sitting on your side doing what you do,” he told suppliers. “And our supplier list has barely changed since the beginning. Everything we do has to be a win for you, a win for our agents and a win for TAND. If something doesn’t come with those three ‘Ws’ we don’t do it.”

Friisdahl says that with home-based agents now making up approximately 35% of the Canadian retail travel workforce, it’s time for suppliers to review their approach to business development.

“Does the traditional BDM model work for home-based agents? How can we grow sales and reduce costs?” he asked the audience. Friisdahl suggests that major suppliers dedicate an inside person to the home-based market and make half-hour appointments with home-based sellers to develop business plans.

“The home-based model will continue to expand, and suppliers need to adapt,” he added.

Among the guests at the office-warming party was Friisdahl’s brother Michael, former Thomas Cook Canada CEO and now head of Maple Leaf Sports & Entertainment, which owns the Toronto Maple Leafs and Toronto Raptors among other sports properties.

With tongue firmly in cheek, Flemming described Michael as “a difficult boss,” and said, “He just sits around and watches hockey games now.”